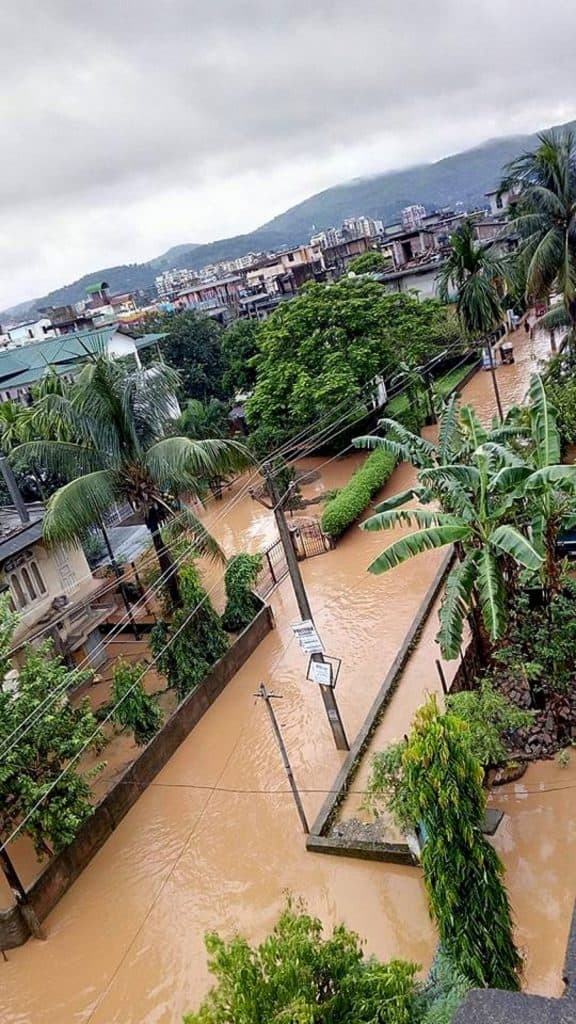 “Suddenly it filled the drains and overflowed on to the streets,” explains Jubin Firoza about the flash-flood that in a matter of minutes drowned several areas near Panjabari. For the unabated, water flowing down the hills in Meghalaya along with moderate to heavy rainfall across the region has left many areas in the capital city submerged.

While the district administration could keep the arterial routes of the city, including the GS Road, away from water logging, certain areas along the bylanes were worst hit as the prime focus of the administration was to keep the main roadside clean.

Government and non-government agencies were seen taking several initiatives in the recent past, including eviction of illegal settlers along major water channels inside the city, to improve the drainage system. While flash floods in the city is not new, the absence of water logging along the GS Road and other main market areas was seen as a victory for the efforts.

However, even as water receded from the flooded Zoo Road and Panjabari Road, several low-lying areas like Anil Nagar and Nabin Nagar remained inundated.

Residents in these areas had reason to worry as the Met department predicted heavy to very heavy rain over isolated places in Assam and Meghalaya on Thursday and Friday.

On Wednesday, the city and its neighbourhood recorded 68.7 mm rainfall.

Kamrup (Metro) deputy commissioner M Angamuthu informed the media on Wednesday that the administration was taking steps to keep the situation under control. “As the amount of rain is high, there will be some waterlogging,” he said.