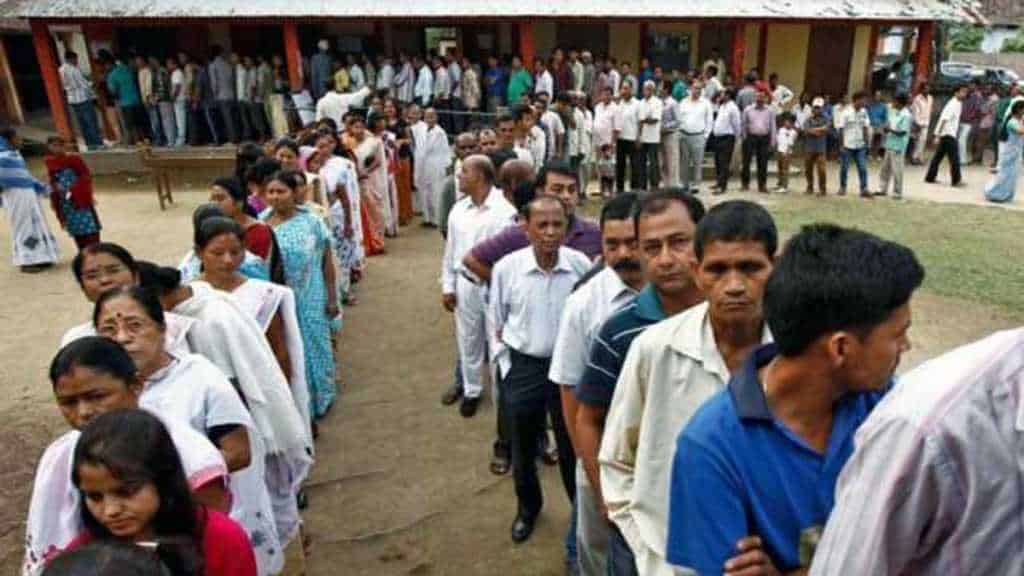 Voting for the first phase of the Assam Assembly polls ended peacefully with more than 78% votes registered till 5 pm on Monday. The election commission has suggested that the voting count will increase to 80% as reports from certain interior areas are yet to be compiled in the main database.

The first phase of polls for the Assam Assembly, covering 65 constituencies, witnessed long queues as voting began at 7 in the morning. Enthusiastic voters – men, women, youths, first-time voters, senior citizens and people from all sections of the society – stood in long queues for hours to exercise their franchise.

Reports of malfunctioning in Electronic Voting Machines (EVMs) came from 7 polling stations where the device was replaced immediately without any interruption in the voting process.

Here’s a glimpse of the first phase of the voting.

The 65 LACs which went to the polls today were spread across Upper Assam, North Bank, Hill districts and Barak Valley.

There were 187 candidates from recognised political parties, including 52 from BJP, 65 from Congress, nine from NCP, 10 from CPI, 10 from CPM, 11 from AGP, 27 from AIUDF and three from BPF.

Strong winds throw life out of gear in Shillong