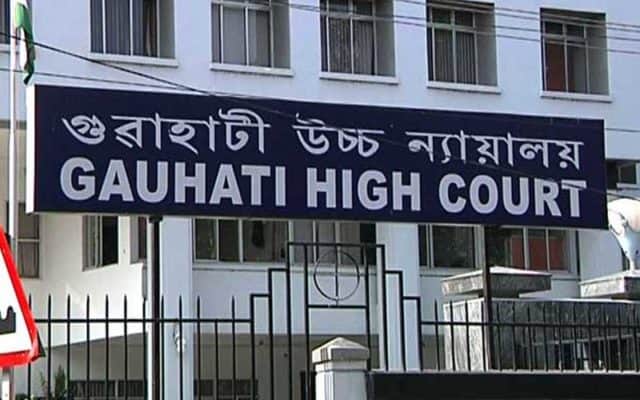 While one hears television anchors scream on national TV calling end to the VVIP culture, and when the new chief minister of Assam himself opted to shed some unnecessary muscle from his fleet of cars, there’s still some who wants special treatment not just for themselves but their family as well. Call it the ‘new protocol’ or over zeal of a subordinate to please — read grease — his boss; the Gauhati high court’s Itanagar Permanent Bench has directed the Deputy Commissioners of Lohit and Namsai districts to arrange for accommodation, food and travel and provide full hospitality to the son of the Chief Justice who will be visiting Parashuram Kund along with 6 other mates!

Protocol does permit such arrangements for the chief justice of a high court but such undue favour on the expenses of the taxpayer’s money and engagement of public service personals in arranging such personal visits…!

An official letter by the Assistant Registrar of Gauhati High Court was sent to the offices of Deputy Commissioners of Lohit and Namsai districts which directed the state government officials to issue instructions for arranging reception and accommodation for Chief Justice’s son during the private visit.

Minute-to-minute tour plan of the VVIP son was faxed to the Deputy Commissioners for making arrangements. The letter was dated on June 14, 2016, and was sent to the DC of Namsai/Lohit districts. The letter directs the deputy commissioners to organize the reception for “Shri Jagat Singh, son of Justice Ajit Singh, Chief Justice of Gauhati High Court”.

“The deputy commissioner isn’t making any comment on the issue although we confirm the receipt of the letter from the High Court,” said an official working at the office of the Deputy Commissioner, Tezu.