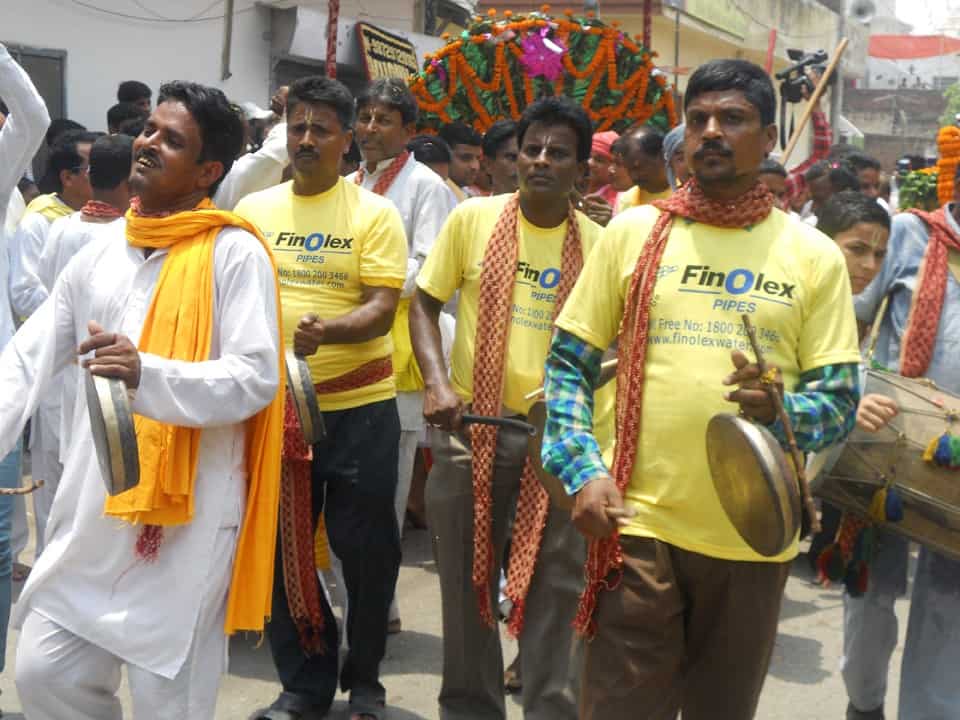 Devotees during the Rath Yatra

PVC pipes manufacturer Finolex Industries Ltd. has stepped forward to celebrate the Rath Yatra with over 5 million devotees. Initiating a huge OOH campaign in 7 states across the country, the company distributed free giveaways to the devotees. Finolex Industries has been largely focusing on creating engaging platforms for its consumers especially in Tier II and Tier III markets. The campaign aims at reaching the masses by aiding and supporting them throughout their journey, stated a release.

The release stated that pilgrimages in India attract huge crowds and are the perfect platforms for brands to engage with consumers due to the captive audience base. The Rath Yatra is touted as one of the country’s largest annual festivals and attracts more than a million strong crowd, including audiences of all ages.

“This tradition is celebrated across India with great enthusiasm. The participants in the Yatra are people from all age groups.  We have arranged for giveaways keeping in mind the need of devotees during the yatra,” said president, sales and marketing at Finolex, Nitin Kulkarni.

The key aspect of this campaign was the strategic planning of the on-ground activities which portrayed the traditional aspect of the festival whilst ensuring continuous support to all visitors. Finolex Industries employees volunteered and distributed the branded merchandise to devotees during the yatra at various locations.

Remember the girl who was racially abused at Delhi airport? Sadly, her ordeal continues… Read here