The ‘Prettiest Marathon in India’ is back! Sohra Cherrapunjee Marathon now a Boston Qualifier Course 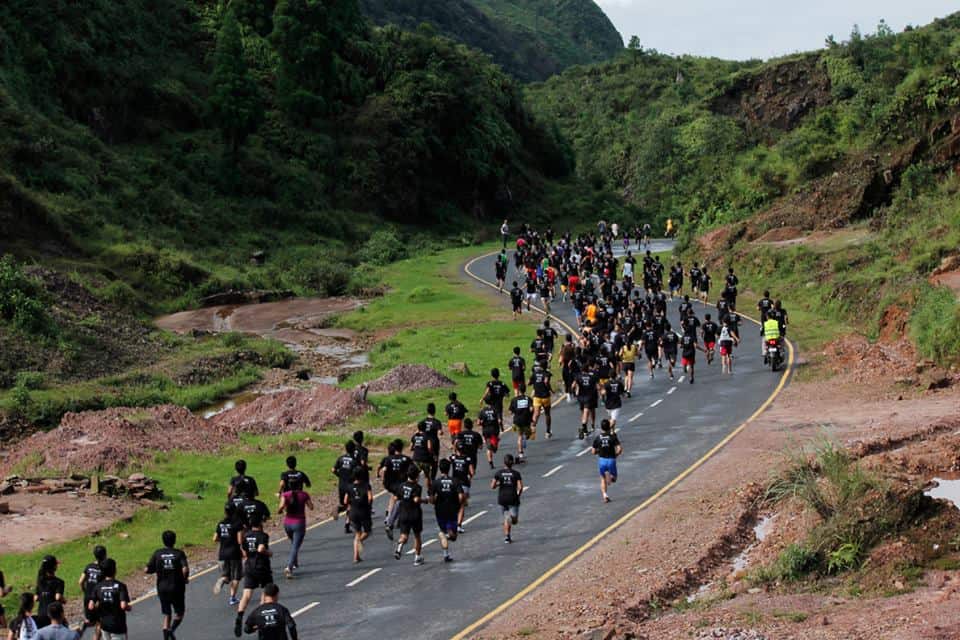 Runners at the Sohra Cherrapunjee Marathon, regarded as the ‘Prettiest Marathon in India’

After Standard Chartered Mumbai Marathon and Spice Coast Marathon, the Sohra Cherrapunjee marathon is the third such certified marathon in India which enables a marathoner to try it for the prestigious Boston marathon.

This year, the Sohra Cherrapunjee marathon will be held on July 17. The full marathon route begins from Baniun after 7th Mile and it ends at Sohra Khlieh Shnong.

The Sohra Cherrapunjee Marathon stands out as one of the most scenic marathons in the country. The route first drops slightly in elevation and then flattens out in the middle. Towards the end, the marathon promises steeper climb along the scenic Khasi Plateau background. The route ends with doing downhill to Sohra Cherrapunjee although the stamina of the marathoners will be tested just 200 meters from the finishing line with one ‘last heartbreak climb’.

The route promises one of the best views for the participants with the scenic Meghalaya villages, hills, waterfalls and the breathtaking plateau to push for more. Organizers say the runners will pass through “quaint villages with small old huts and be greeted by gentle villagers. They will climb hills and run down slopes, cross bridges and run along living waterfalls.”

For those who want to be lost among the clouds, one of the most visible – rather making visibility low – will be the mist surrounding the area during the season. Run on!

Remember the girl who was racially abused at Delhi airport? Sadly, her ordeal continues… Read here