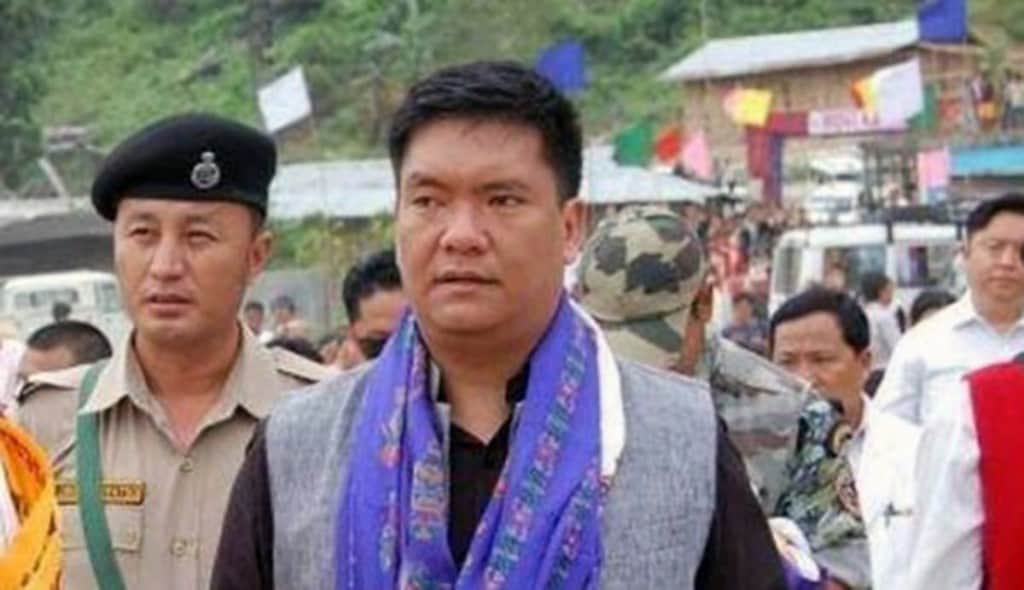 The Congress suffered a major blow after it lost the Arunachal Pradesh government yet again on Friday when Chief Minister Pema Khandu and all its MLAs but one defected to the Peoples’ Party of Arunachal (PPA), a BJP ally.

The Congress had 44 legislators in the house of 60. Forty-three have defected and the only MLA to remain is former chief minister Nabam Tuki.

Khandu told reporters that he had informed Speaker Wangki Lowang that “we are merging the Congress with the PPA”. The merger was decided at a Congress Legislature Party (CLP) meeting held on Friday morning.

PPA chairperson Kameng Ringu said the Congress MLAs joining his party was something waiting to happen. “It is a homecoming after a temporary exile,” Ringu said.

After the mass exodus of Congress MLAs, the PPA now has a strength of 45 legislators. Besides, there are 11 BJP MLAs.

The Congress accused the BJP of a “foul play” and committing a “fraud on democracy”.

“The PPA is an illegitimate child of the BJP’s diabolical design to decimate democracy,” Congress spokesperson Randeep Singh Surjewala said.

Surjewala alleged that the defection was orchestrated by Prime Minister Narendra Modi and BJP President Amit Shah who he said rode to power on the promise of cooperative federalism.

The BJP denied it had anything to do with the political development.

“If elected MLAs don’t want to stay with the Congress, what can others do?” asked Union Minister and BJP MP from Arunachal Kiren Rijiju.

BJP state chief Tapir Gao said that the exodus of the MLAs had vindicated its stand that “the Congress high command is totally neglecting its legislators”.

Pasang Dorjee Sona, a confidant of chief minister Khandu, said there would be no swearing ceremony “since it was only a change of party affiliation”.

Asked if the PPA would also rope in the BJP in the new government, Sona said it was up to them “to decide whether to be part of the PPA government”.

Some of the defectors said that the change was brought about in the interest of the state.

Techi Khaso, who represents Itanagar, said it made sense to join an ally of the centrally ruling BJP because it “will serve the agenda of development more rather than having two different parties (ruling) in the centre and state”.

Jomde Kena, another MLA, said the state was suffering from a financial deadlock because of the Congress-BJP rift. “States cannot run that way. If by changing sides, we can uplift the state, then what’s wrong in that.”

Kaling Moyong, a BJP MLA, said Arunachal Pradesh with limited resources cannot prosper if different parties were in power at the center and in the state.

This is the second time in over nine months that the sensitive border state has suffered a major political crisis.

In a controversial move, then Governor JP Rajkhowa last year advanced the assembly session from January 14 to December 16. The move triggered political unrest and finally led to the declaration of President’s Rule on January 26 after the fall of the Nabam Tuki-led Congress government.

The Tuki government collapsed after Congress rebels led by Kalikho Pul joined hands with the BJP and voted it out in a special session of the assembly.

Pul took over as Chief Minister in February with BJP’s support. But a Supreme Court order ousted his government and reinstated Congress rule.

To stem the rebellion, the Congress replaced Tuki and made Khandu the chief minister. Pul was found dead on August 9, weeks after he was forced to resign following the Supreme Court order.