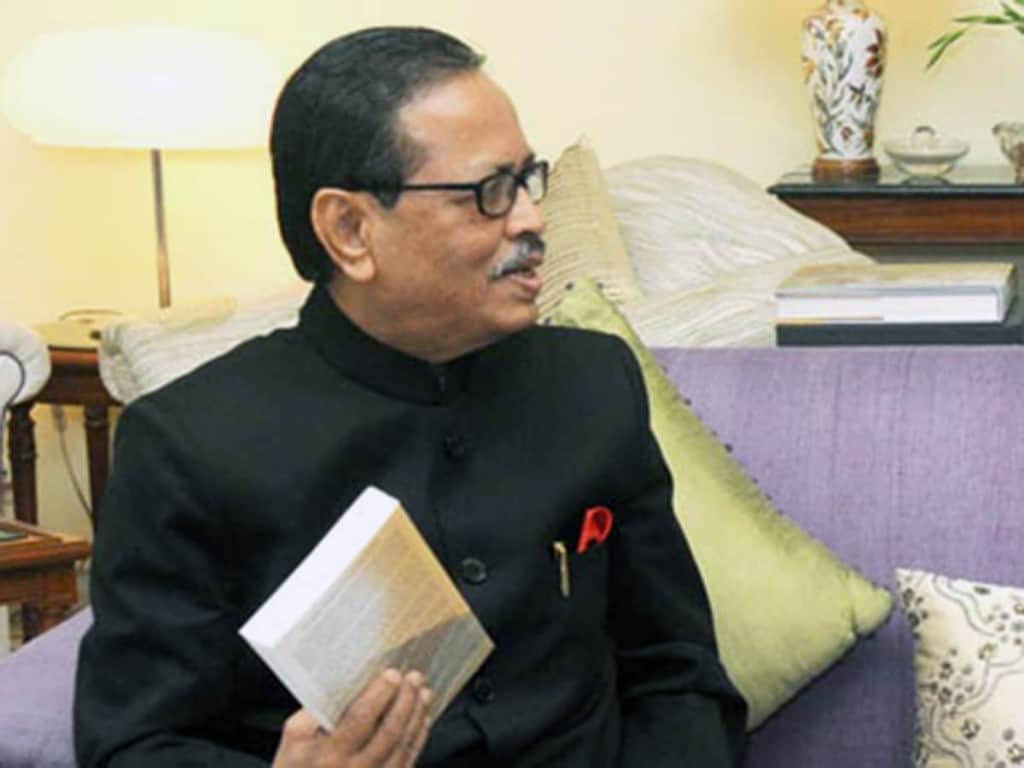 Controversial governor of Arunachal Pradesh, Jyoti Prasad Rajkhowa, was removed from his duties by President Pranab Mukherjee on Monday. Acting on recommendation of the Centre, the President removed Rajkhowa and appointed Meghalaya Governor V Shanmuganathan to take over charge temporarily.

Reports said that the central government’s recommendation on removal of Rajkhowa was forwarded by Union home minister Rajnath Singh after which the President issued the order. The NDA government lost confidence in Rajkhowa after the Supreme Court’s verdict and had made up its mind to remove him. Rajkhowa was accordingly sent feelers to step down citing health grounds but the he chose to ignore it.

Rajkhowa has been told “verbally” by a junior Union minister and a senior official of the home ministry to step down on “health grounds”.

By rule, Rajkhowa was entitled to a five-year term but it was subject to the “pleasure of the President.” Rajkhowa was appointed as governor in May last year. The reported move by the Centre to seek Rajkhowa’s resignation came months after the Supreme Court restored the Congress government in Arunachal Pradesh and censured the governor for “humiliating the elected government of the day”.

In between the political turmoil, Arunachal Pradesh lost one of its political stalwarts as Kalikho Pul, regarded as “people’s chief minister”, allegedly committed suicide after being removed from the post of chief minister.