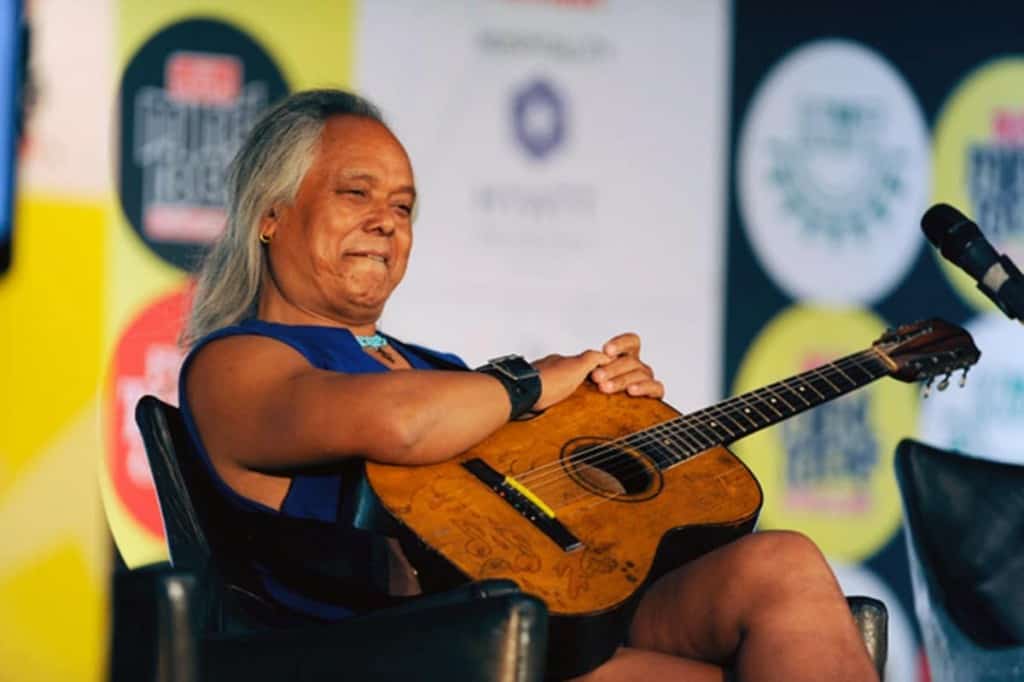 Celebrated singer Lou Majaw from Meghalaya was presented the 4th Bhupen Hazarika National Award by Assam Governor Banwarilal Purohit at a function organised by Sarhad, a socio-cultural and educational organization, at Darbar Hall in Raj Bhavan in Guwahati on Monday, October 24. The award consists of a citation and a cheque of Rs 51,000.

Majaw is a performing artiste from Shillong and is renowned for his Bob Dylan tribute shows.

Speaking on the occasion, Purohit, while hailing Sarhad’s efforts in restoring peace, mutual trust and human bonding, said that by associating itself with an icon like Dr Bhupen Hazarika, Sarhad has paid rich tributes to the music maestro and his pan-Indian influence. Purohit said Dr Hazarika was a towering and a great musician, singer and poet who projected Assam in the national mainstream through art and culture. He was one of the colossal cultural personalities of India with a deep social commitment and profound political consciousness.

The Governor congratulated Majaw and said he has curved a niche for himself through his songs. Calling upon Majaw to serve the nation through his music, Purohit said his songs would strengthen the spirit of patriotism in the young generation.

Majaw, while expressing gratitude on being chosen for the Bhupen Hazarika National Award, said he was deeply humbled and honoured by the love and respect he has been given through the award.

Kudos Shillong, for the memories. Special note from NH7 Weekender