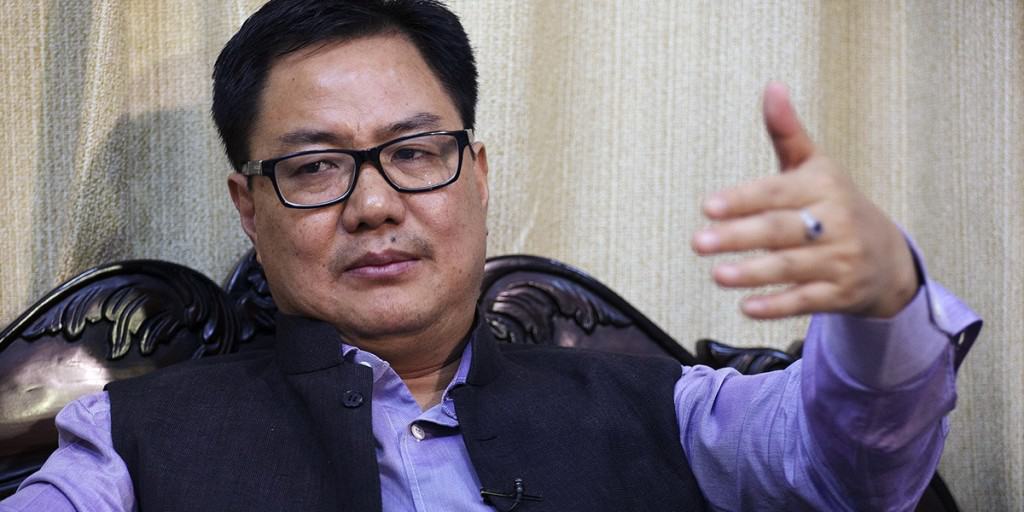 Union minister of state for Home, Kiren Rijiju on Sunday called upon all insurgent groups of the Northeast to shun violence, give up arms and come to the mainstream to fight for their rights democratically.

To a query on anti-Indian activities from Myanmar’s territory, Rijiju said, “There is good cooperation presently with the government of Myanmar and government of India. About the security operation, I cannot lay out the details but we have good understanding. In future too, any anti-India activity will not be promoted in Myanmar territory and leaders of the country came.”

Meanwhile, talking to reporters on the sidelines of a BJP programme held at Kalapahar in Manipur’s Senapati district, Rijiju rubbished the accusations that the Central government gave “free hands” to NSCN (IM) to carry out the attack on Manipur chief minister.

Refusing to make any further comments on the incident, Rijiju said how can anybody allow them – NSCN (IM) – to carry out such illegal and subversive activities. “The central government and state government should come together to curb violence,” Rijiju added.

“I will not pass any comment unless official report is available because it is a sensitive matter and I should not comment on it for the time being,” Rijiju said to a query from a reporter. The Union minister fervently appealed to the people of the region to live peacefully and maintain communal harmony in order to usher in development.

“Investigation revealed that he is a member of village authority of Kangkhum village and also a member of the Naga People’s Front (NPF) Phungyar Assembly Constituency,” Manipur police PRO said in a communiqué.

PRO said Jajo was involved in planning the attack besides providing information of movement of security forces.

Jajo was reportedly the ninth member of the NSCN (I-M) arrested by Manipur police commandos within three-four days.

A wind of change: Personal law and the question of gender justice