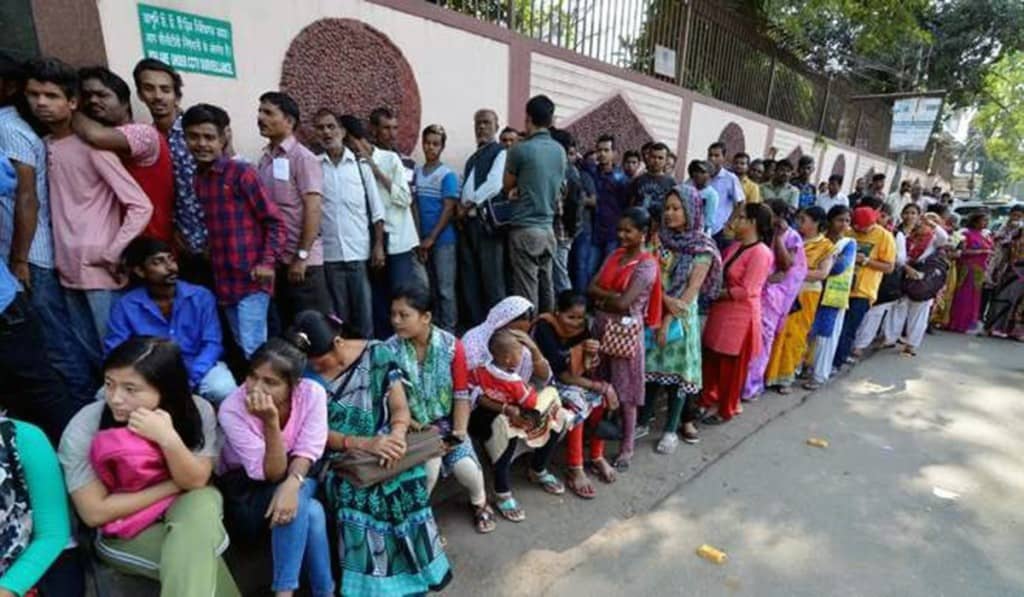 The cash crisis bedeviling the people after the November 8 demonetization continued to persist in several Northeast states, especially in rural and remote areas.

“No bank in the north-east has as yet received the new Rs 500 note,” he added.

The state-owned UBI is a lead bank in several north-eastern states and has the largest number of chests to stock the currencies.

The cash crisis is serious in remote and rural areas, where most banks have no currency notes and automated teller machines are non-functional.

As majority of ATMs either remained closed or functioned at a very slow speed due to technical problems on Monday for the sixth consecutive day in the entire north-eastern region, people thronged banks since early morning to exchange the scrapped currency notes with new ones or to withdraw money.

In Mizoram, long queues of men and women were seen across the state even before the banks opened at 10 a.m. and at post office counters for replacement and withdrawl of notes.

Wine shops in Mizoram also bore the brunt of the cash crisis with sales declining sharply.

A Mizoram Finance Department official said they held meetings with top bank officials and asked them to deal with the cash crisis and resolve the problem at the earliest.

Most government offices in Tripura, Mizoram and southern Assam, including electricity departments and municipal bodies, refused to take old Rs 500 or Rs 1,000 notes against various payments and taxes, forcing some people to make payments through cheques and online.

“Besides people living in the rural, remote and semi-urban areas, businessmen and traders are the worst-hit. The poor, including labourers and migrant workers are in an awkward position due to cash crisis,” trader Satya Narayan Kundu said.

Kundu said that business volumes have dipped more than 50 per cent in cities and urban areas and over 60 per cent in rural and remote areas.

“Those unable to exchange specified bank notes on or before December 30 will be given an opportunity to do so at specified offices of the RBI,” Chattopadhyay said.

More than 600 participate in BYST’s entrepreneurship meet at Nalbari