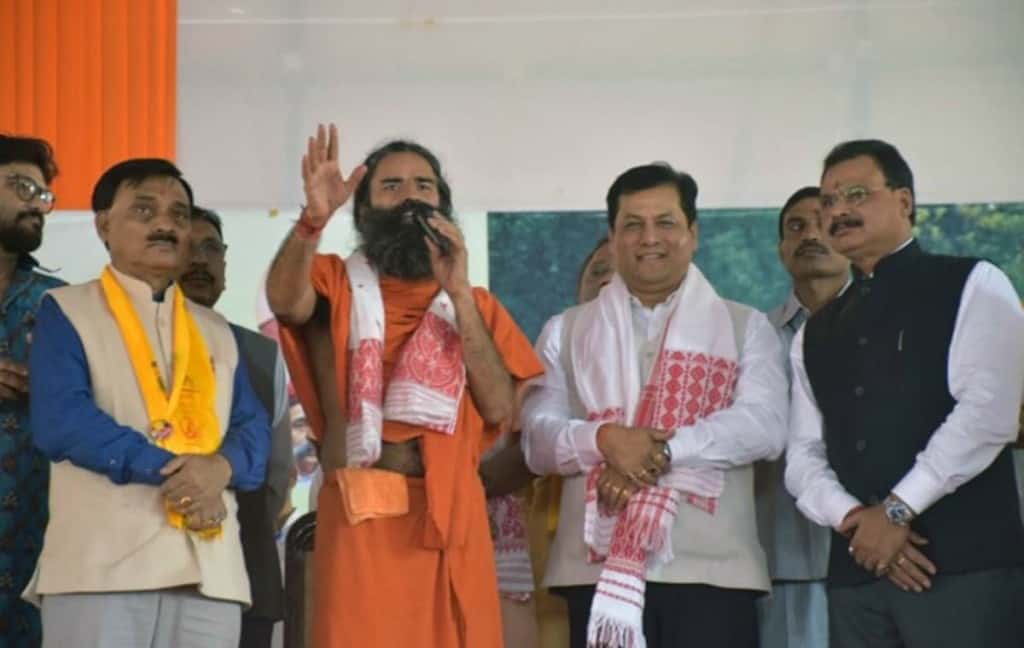 Addressing the mass gathering of over 20,000 people, Sonowal termed the foundation-stone-laying ceremony of Balipara unit of Patanjali Ayurveda, as a historic moment for the people of Assam. The unit would generate employment of over 5,000 people benefiting the youth as well as the local farmers. He said that the herbal and mega food park would start production in a record time of 99 days. “A long cherished dream in the industrial sector is fulfilled today as the Patanjali food park is by far the biggest project ever to be set up in Assam,” the chief minister said.

Shilanayas of Patanjali Herbal & Food Park at Tezpur with blessings of @yogrishiramdev ji. A great day for industry in Assam.#A4Assam begins pic.twitter.com/UOYXSZfI7o

Yoga guru, Baba Ramdev said that “The Balipara unit of Patanjali will attain an annual production capacity of around 12 lakh MT. We target to speed up our construction so as to open the park formally on February 15, 2017,” Baba Ramdev said.

Ramdev further stated that the park would give direct employment to 5,000 people and benefit 1 lakh farmers. He said that cent-percent profit from the food park would be dedicated for the welfare of Assam by setting up school and skill development centre in each district of Assam and by establishing a higher education institute in the state.

Ramdev called upon the local farmers to plant herbal and medicinal plants so that that they can supply their local produce to the unit and reap benefits. The plant would also produce rice bran oil from the remains of the rice husks.

Ramdev added that he would soon contemplate of creating a viable market for green tea to facilitate the small tea growers of the state. He demonstrated some yoga asanas much to the delight of the crowd.

Industries and commerce minister Chandra Mohan Patowary expressed gratefulness to the yoga guru for setting up the food park and initiating a new chapter in the industrial map of Assam. He assured all cooperation from the people and government in this regard. Patowary hailed Ramdev for taking yoga to the world stage and in garnering and rebuilding the trust on the benefits of Ayurveda among the people.

BTC chief Hagrama Mohillary declared that  he would allot 1,000 acres of land to Patanjali Ayurveda in Boroland for setting up of a similar unit and a gaushala in the area.