Shiva, Devendro, Manoj to battle it out at the finals of boxing nationals 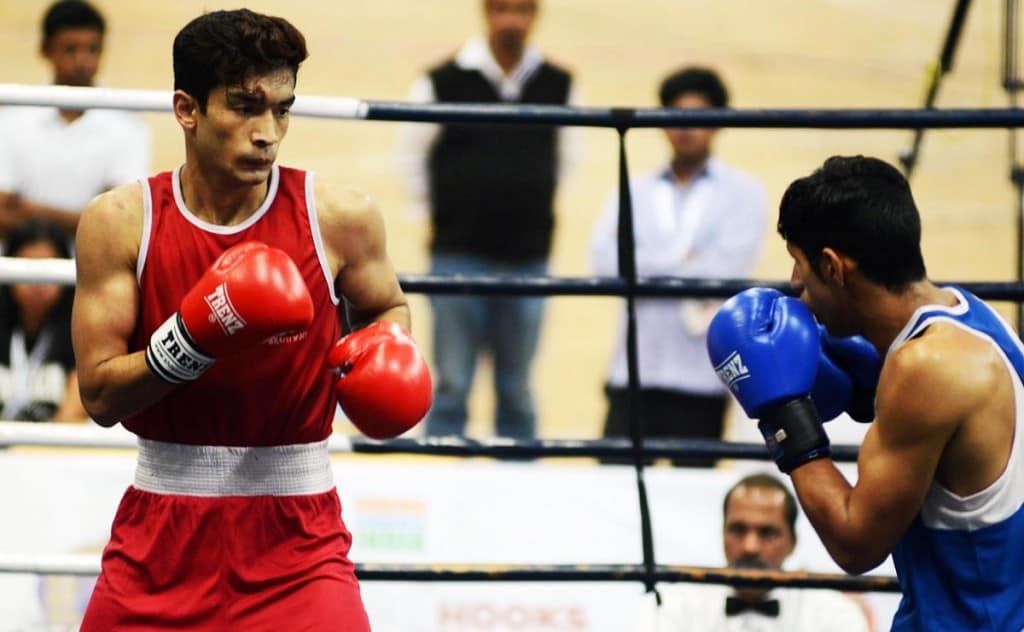 Two-time Olympian and local favourite Shiva, who has upgraded to the lightweight (60kg) division, continued his rampaging run as he staved off a challenge from Punjab’s Vijay Kumar, who targeted his injured forehead during the semi-final bout.

A former Asian champion, Shiva was left bleeding during his quarterfinal clash after All India Police boxer Ashok head-butted him on December 11. The 23-year-old had to be rushed to a doctor after the match.

Shiva will take on Ankush Dahiya of Haryana in the lightweight (60kg) final on December 13.

In flyweight (52kg), comeback man L Devendro Singh had another tough day in the office as he fought hard before edging past Maharashtra’s Anata Chopre 3-2 in an exciting contest. The Manipur boxer will clash with Deepak Singh of Chandigarh for the flyweight gold.

Manoj, who is representing RSPB, defeated Ankush Hudda of Chandigarh in an unanimous decision. The two-time bronze medallist at Asian Championships will lock horns with Duryodhan Singh of SSCB in the final bout.

In lightfly weight category, Shayam Kumar of Railway Sports Promotion Board defeated Akshay of Maharashtra to set up a clash with Amit of Haryana, who got a walkover from Bahadur Rana of SSCB, who got injured during his quarterfinal bout.

In batnam (56kg) weight, MD Hussamuddin beat Sheran Sandhu of Uttarakhand in an unainous decision. He will face Akshay of Haryana, who saw off Gidi Venkta of Andra Pradesh 4:1.

In light welter (64kg), RSPB’s Rohit struggled past AIP’s Sandeep 3-2 to enter the finals. He will have a face-off with Thomas Meitei of SSCB who won against Roshan Singh of Manipur.