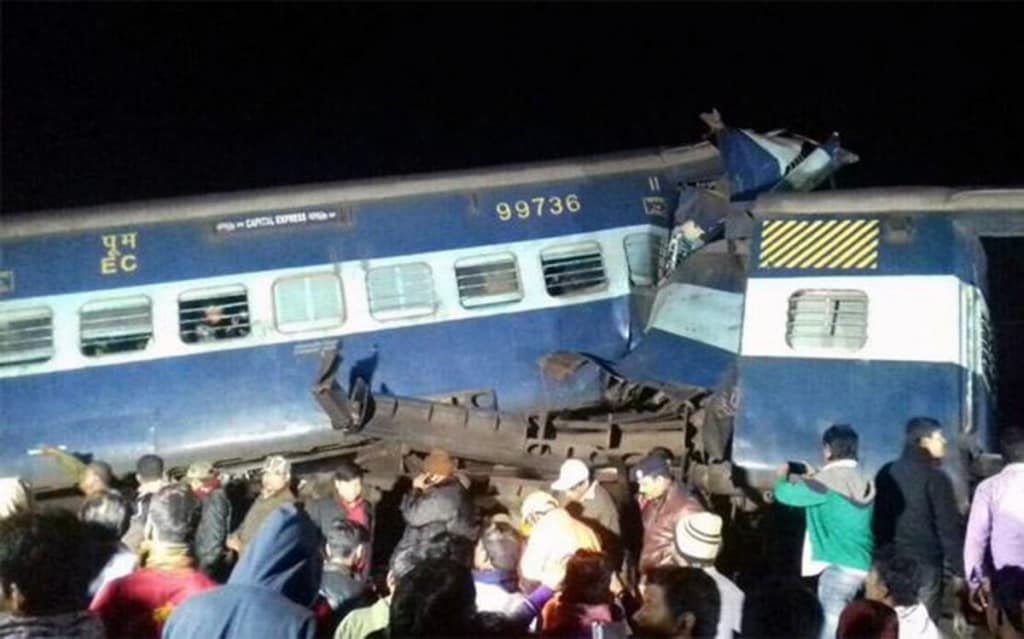 At least two persons were killed and six others sustained injuries when the engine and two coaches (one SLR and one General Second class coach) of 13248 Up Rajendra Nagar – Guwahati Capital Express derailed at Samuktala Road station under Alipurduar division of Northeast Frontier Railway in Alipurduar district of West Bengal at around 9.15 pm on Tuesday.

The deceased are yet to be identified. “The injured were given treatment by railway doctors who reached the site soon after the accident. Ex-gratia payment of Rs 5000 each has been made to the injured,” said a statement released by the railways.

The unaffected portion of the train consisting of 19 coaches was detached and pushed back from the site. The train resumed its journey at 05.10 am on Wednesday morning after rescue and relief operation was completed.

Following temporary disruption of train services as a result of the accident, the following trains are cancelled, diverted and short-terminated.

DIVERSION:
As one of the lines at Samuktala station has been blocked, a few trains will be run via New Coochbehar – Golakganj – Fakiragram – New Bongaigaon route instead of New Coochbehar – Samuktala – New Bongaigaon route. These are:
1. 12515 Tiruvanantapuram (TVC) – Guwahati Express
2. 14056 Up Delhi – Dibrugarh Brahmaputra Mail
3. 15904 up Chandigarh – Dibrugarh express
4. 12506 up NE Express
5. 15619 up Gaya-Kamakhya Express
6. 5959 up Kamrup Express
7. 12345 up Saraighat Express
8. 06336 up Kachuveli-Guwahati special train