Economic blockade a major challenge for election commission in Manipur 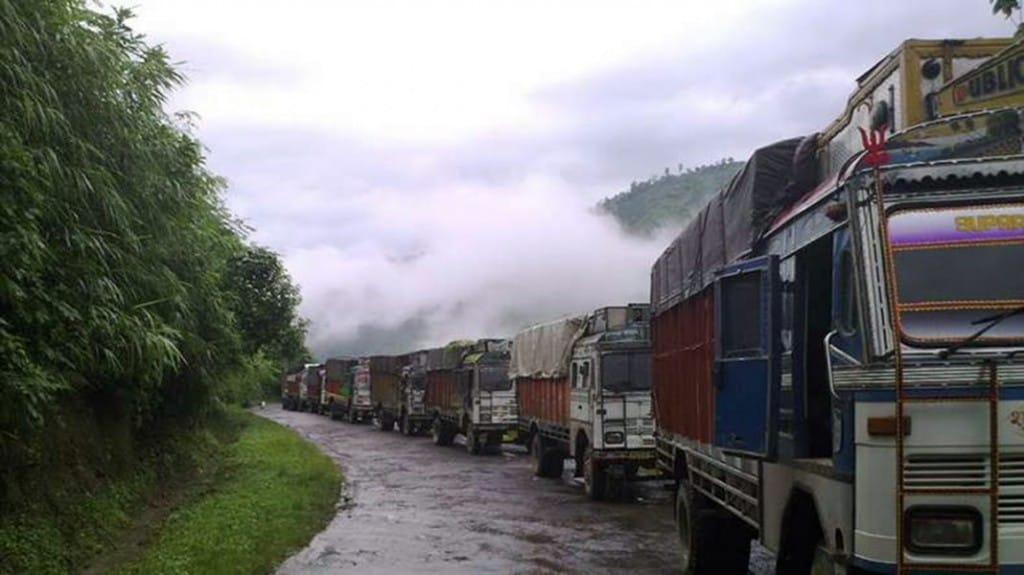 The continuing economic blockade in Manipur is turning out to be a major challenge for the Election Commission to conduct free and fair assembly polls in the eastern state. With the latest decision of the United Naga Council (UNC) to intensify the agitation against creating seven new districts in trouble-torn state of Manipur, reports said that the Election Commission will find it tough to conduct polling in as many as 30 of the 60 constituencies.

Polls are to be held in two phases in Manipur – on March 4 and 8.

The EC’s main concern will be the delivery of logistics – EVMs, booth and election material and transfer of poll staff – to at least 30 of the 60 constituencies that depend on NH-2 for supplies. The commission will also be worried about the safety of the polling staff besides ensuring free and fair elections in the state.

The NH-2 is known as the lifeline of the state which witnessed severe blockade by UNC since last 75 days.

Wary of the explosive situation, Union home minister Rajnath Singh met Manipur chief minister Ibobi Singh and asked the CM to ensure movement on NH-2 by implementing law and order that is a constitutional duty of the state government.

In turn, Ibobi Singh asked Rajnath to use Centre’s influence to placate UNC “which is unnecessarily challenging state’s prerogative”.

Earlier, the Centre had contemplated seriously to implement President’s Rule in the state but decided against it after meeting the state representatives and UNC delegation.

To carry out polls peacefully, the Manipur government had asked for 40 more companies (4000 personnel) of the central armed police forces (CAPFs) to add to the strength of 135 (13,500 personnel) existing companies.

Meanwhile, Joint Forum for Peace, a civil society organisation comprising 64 outfits representing various ethnic groups living in Manipur, met the Union home minister to urge the Centre to help end the economic blockade in the state that has been on since November 1.

The blockade has led to a scarcity of essential commodities, affecting normal life across the state for over two months now.

The 17-member team comprising representatives of organisations like United Committee-Manipur, Kuki Inpi-Manipur, All Manipur United Clubs Organisation, All Manipur Muslim Coordinating Committee, Committee of Civil Societies-Kangleipak, Kabui Mothers’ Association and All Tribal Students Union Manipur, met Rajnath Singh at his office and submitted a memorandum “to appeal to him to do something tangible so as to end the crisis.”

UM Motorcycles rides to Northeast with its first dealership in Guwahati