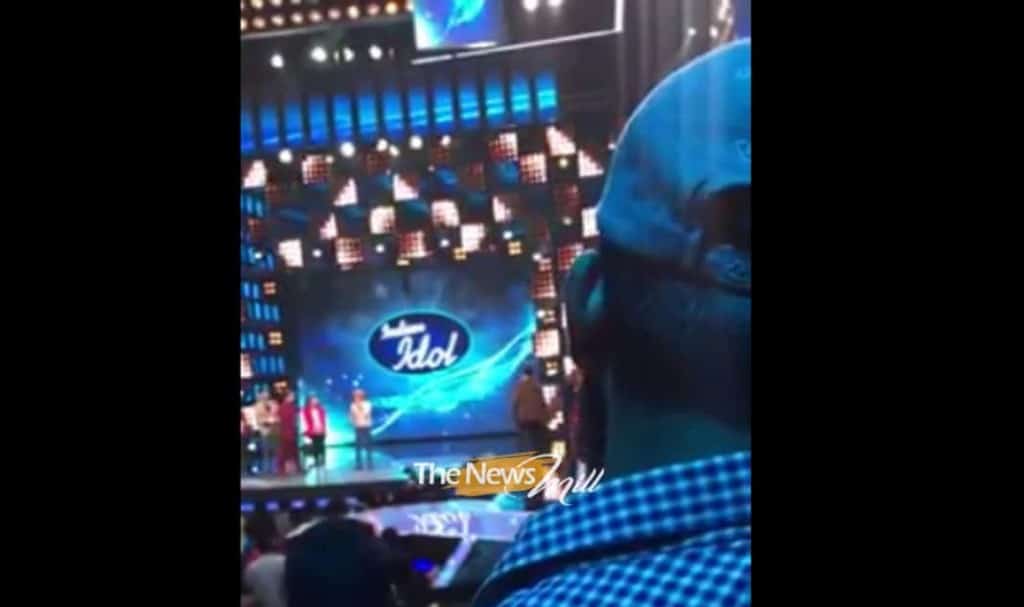 A screen-grab of the video shared in a Facebook group

Jeli Kayi from Itanagar, Arunachal Pradesh is the lone contestant from Northeast India in the top 10 of the Indian Idol, Season 9. With every step, Jeli’s fans across the Northeast are pinning their hopes on the versatile singer, who mesmerized the audience with his dual voice.

Jeli’s fans from Arunachal Pradesh were seen discussing about his singing style, the chances of him going up the ladder, on Facebook. But, a leaked video on January 25 shows Jeli singing the song ‘Mujhe choo rahi hai teri garam saanse’, in what seems like his parting song from the Indian Idol set. Shocked fans wondered if it was indeed the parting song – as Jeli was seen hugging the judges and fellow contestants after the song. Jeli was performing the song in his signature dual voice style – male and female.

Whether, as the leaked video suggests, it’s the end of the Indian Idol journey for Jeli Kayi or he survives another round; the young lad from Arunachal Pradesh has won many fans as he moved forward in his musical journey.

Indian Idol 9 saw two contestants from Arunachal Pradesh reaching to notable positions in the talent show. Besides Jeli, Thupten Tsering made an emotional connect with the audience with his rustic singing and zeal to succeed. Thupten was amputated after he accidentally touched a high-voltage electric wire while playing with friends when he was just five. However, despite losing his hands, Thupten did not suffer in silence. He learnt to do things his way and leads an independent life successfully.

After watching the episode of Thupten singing at the talent show, cricket icon Sachin Tendulkar took to Twitter to express his views. “This guy is special. He is amazingly positive despite his challenges. Truly inspiring… More power to you #ThuptenTsering #IndianIdol,” Tendulkar tweeted with screen grabs of the contestant for qualifying for the next round. Thupten Tsering was later eliminated from the talent show.