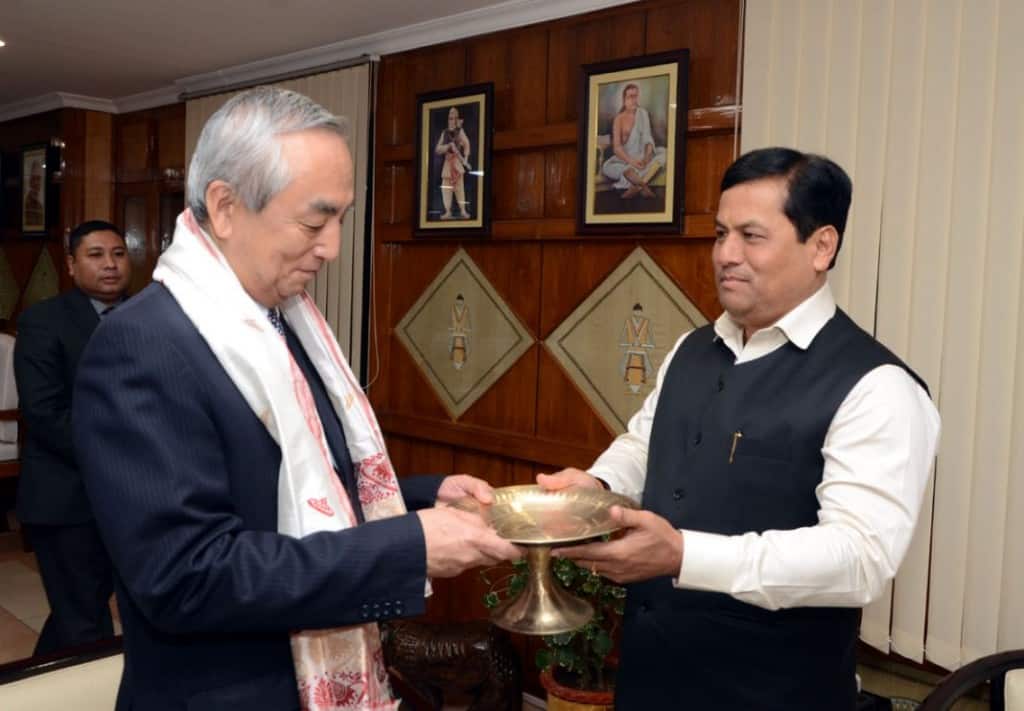 Japan’s Ambassador to India Kenji Hiramatsu on Saturday met Assam chief minister Sarbananda Sonowal and discussed various issues such as investment promotion, people-to-people exchanges and connectivity between Assam and Japan to give a boost to bilateral relations.

Sonowal presenting a spectrum of areas potential for Japanese investment pointed out that Japan can invest in state’s organic sector, power distribution and transmission sector and team up with Assam in start-up, stand-up initiatives. Giving a brief overview of the areas in which Japan and Assam can build robust relations, the chief minister said that in the dredging of the Brahmaputra and setting up on skill development centres Assam and Japan can team up.

Sonowal also emphasised on frequent interactive programmes in the fields of student exchange, cultural exchange, sports exchange to which Japanese Ambassador Kenji Hiramatsu assured to act positively. Sonowal informed that the government has chalked out a land bank and if the Japanese companies are eager to set their plants in Assam, the government can give suitable chunks of land.

The Ambassador invited Sonowal to visit Japan to which the chief minister agreed in principle.

Two jawans killed in encounter near Jagun along Assam-Arunachal border