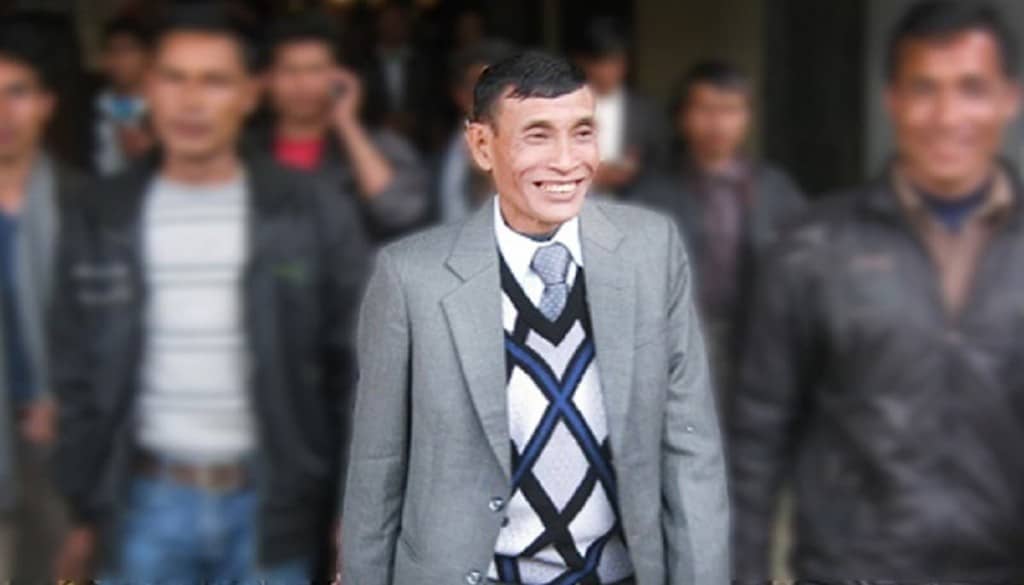 Meghalaya legislator Julius Kitbok Dorphang, who had been hiding for 11 days after being accused of raping a 14-year-old girl, was eventually arrested on Friday night from Guwahati. Dorphang was later sent to five days police custody by a Shillong court on Saturday.

The Court of District and Session Judge, Ehboklang Kharumnuid on Saturday sent the 53-year-old Independent legislator to police remand.

Dorphang, a chairman of the outlawed secessionist outfit Hynniewtrep National Liberation Council had surrendered in 2007. He had successfully contested the Assembly elections in 2013 and was supporting the Congress-led Meghalaya United Alliance government.

In fact, he is the first sitting legislator in Meghalaya to be arrested for his involvement in such a crime.

“After a gap of nearly 11 days, we finally nabbed him (Dorphang) from the Inter-State Bus Terminus (ISBT) in Guwahati at around 11pm in connection with the alleged rape case against a minor girl,” Shillong city police chief Vivek Syiem told journalists in Shillong.

Meghalaya Police have registered a case against the Independent legislator under sections of the Indian Penal Code, the stringent Protection of Children from Sexual Offences (Pocso) Act, and the Prevention of Immoral Trafficking Act.

Syiem said that police had requested to the court to add a more rigorous section of the Pocso Act against Dorphang.

He said police registered a case against Dorphang at the Laitumkhrah police station in Shillong on December 24, but the legislator was found to be “absconding” since December 27.

On Thursday, the State Commission for Protection of Child Rights (SCPCR) has lodged four fresh FIRs against Dorhphang in the sexual assault case and one of the FIRs pertaining to allegation of rape by Dorphang in a resort in Ri Bhoi district, has been forwarded to police there.

On January 4, a local court issued non-bailable warrant against Dorphang after he failed to appear before the investigating officer, probing the case.

Two civil society groups, including the powerful women’s group Civil Society Women’s Organisation, had demanded for the resignation of Home Minister HDR Lyngdoh after his son’s guest house was used for sexual exploitation, while asking the Speaker to take action against Dorphang.

Police have already arrested six persons, including three women pimps and a waitress at the guest house.