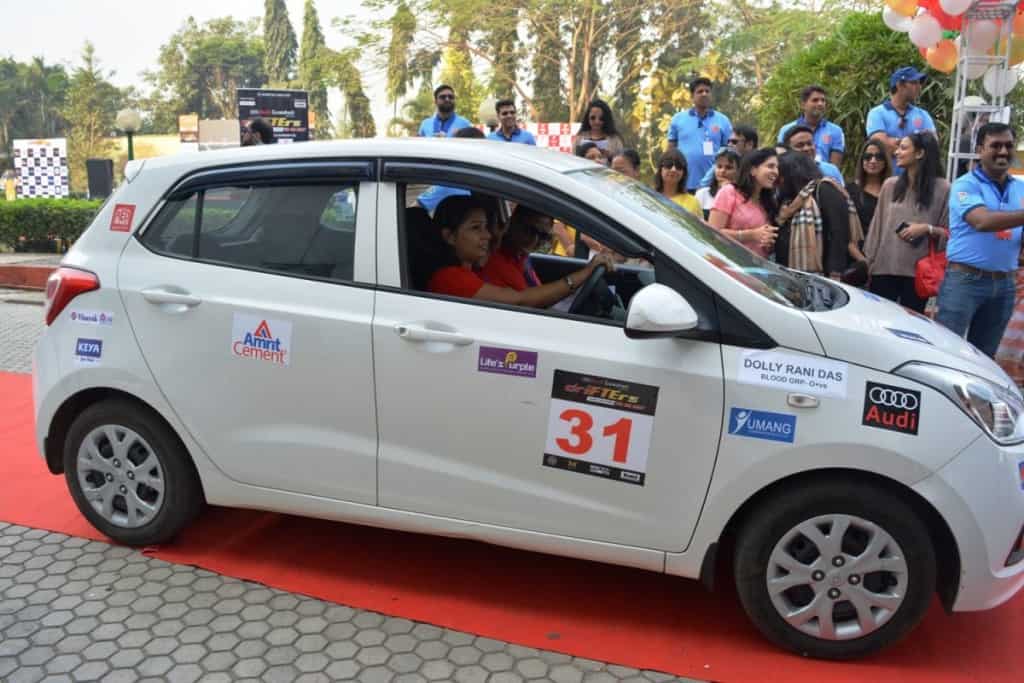 Participants taking part in the DriFTErs car rally organized by Guwahati Round Table 235 on Sunday, February 19 in Guwahati

More than 50 cars took part in a charity car rally organized by Guwahati Round Table 235 in Guwahati on February 19. The first edition of “driFTErs”, a fun-filled TSD (time, speed, distance) car rally, was flagged off from Hotel Ginger in Guwahati to raise funds for building the infrastructure of Shankardev Shishu Vidya Niketan in Dadara, near Hajo.

Dolly Rani Das with her navigator Mayuri Sonowal won the first prize of Rs 21,000 among women participants. Priyanka Barua with her navigator Pallabita Bora won Rs 11,000 as second prize in the same category. Besides this, gift vouchers worth Rs 3,100 each were presented to participants in “best dressed team” category, “most energetic team” category and the team for submitting the “best selfie” clicked at the event and uploading it in the Facebook page of driFTErs.

The technical aspects of the rally was taken care of by NEMA (North East Motorsports Association) and has been approved by FMSCI (Federation of Motor Sports Club of India), a national body which organizes rallies on a national level. The event was supported by Audi as the title sponsor, Amrit Cement and Intech as other sponsors. Guwahati-based PR and reputation management consultancy Life’s Purple supported the event.