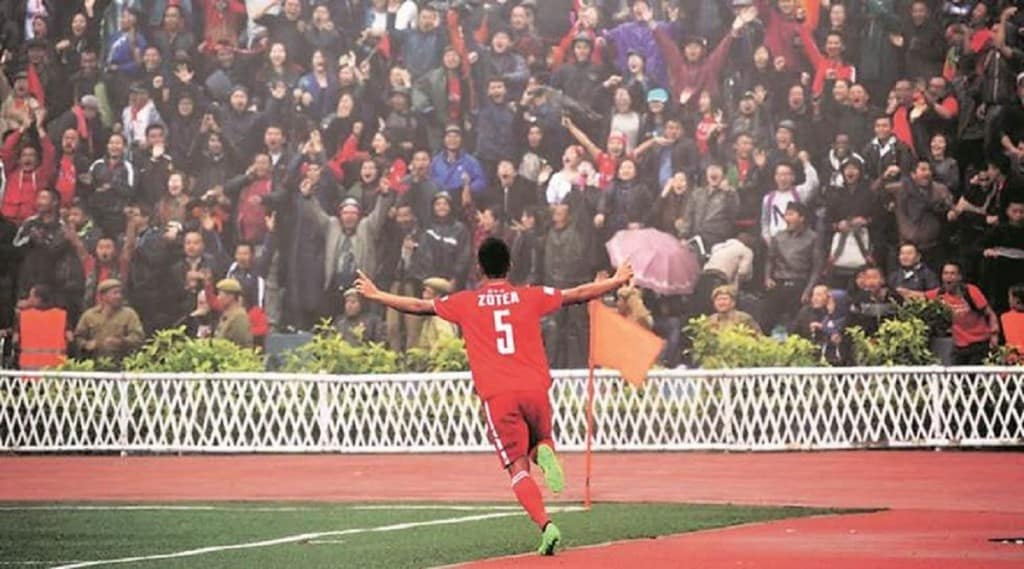 Aizawl FC scripted history as they won the Hero I-League title on April 30. Needing at least a draw against their Northeast rival Shillong Lajong FC on Sunday, the Aizawl FC managed a favourable 1-1 draw to top the league.

Lajong had taken the early lead when centre-forward Asier Pierrick Dipanda slammed home a header in the 9th minute. That complicated things for the visitors as they needed at least a draw to win the title.

But Aizawl recovered from the setback to dominate the game thereafter.

Despite some stout defending by the hosts, William Lalnunfela finally made sure that Aizawl won the title when he found the equaliser in the 67th minute.

Going into Sunday’s game, Aizawl were leading the 10-team I-League table with 37 points from 17 matches, three ahead of second-placed Mohun Bagan and needed at least a draw to clinch their maiden title.

They capped off their fairy tale run to the title by finishing with a tally of 37 points from their full quota of 18 matches.

Mohun Bagan, who have breathed down Aizawl’s neck throughout the season and had even topped the table for sometime, finished second with 36 points.

“Aizawl FC’s triumph unfurls a new chapter in Indian football history. This victory will encourage the youth of the country and create a self-belief that on the football pitch, you can pull it off with teamwork. Congratulations,”  All India Football Federation (AIFF) president Praful Patel said.

I-League CEO Sunando Dhar asserted that Aizawl’s historic run to the title will encourage other clubs from the region to dream big and emulate their success.

“It is a historic day for Indian football. It’s great for a club from northeast to win the highest football award of the country,” Dhar said.

“Northeast and Mizoram in particular have been doing really well and this proves their supremacy. This will also give an opportunity for other clubs to learn,” he added.

Shatabdi Express train between Dibrugarh and Guwahati flagged off