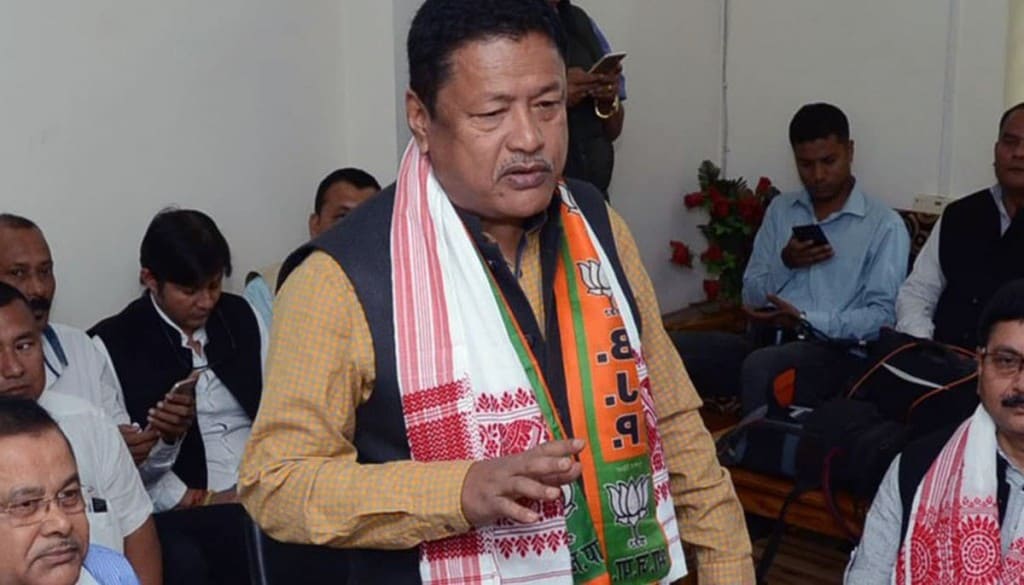 The Bharatiya Janata Party retained the Dhemaji assembly seat in Assam on Thursday when its candidate Ranoj Pegu won the by-election to the assembly, defeating Babul Sonowal of the Congress by a margin of over 9,000 votes.

By-poll to the assembly from the Dhemaji constituency held on Sunday recorded close to 68.23 per cent voter turnout.

Congratulations to Shri Ranoj Pegu & @BJP4India karyakartas on Dhemaji by-poll win. We will work hard to fulfil aspirations of the people.

“I accept my victory and express my gratitude to the people… Our BJP government is completing one year in Assam and my victory indicates that people have accepted the party’s government,” said Ranoj Pegu after the results.
Dhemaji is Scheduled Tribes (ST) constituency and the by-poll was necessitated after the BJP’s legislator Pradan Baruah vacated the seat upon winning the poll for the Lakhimpur Lok Sabha seat.
A senior tribal politician, Ranoj Pegu headed the regional political party, Gana Shakti. He resigned from Gana Shakti in March and joined the BJP to contest the by-poll.
The Asom Gana Parishad (AGP), which is in alliance with the BJP along with Bodoland Peoples’ Front (BPF), did not field any candidate in the Dhemaji by-poll.