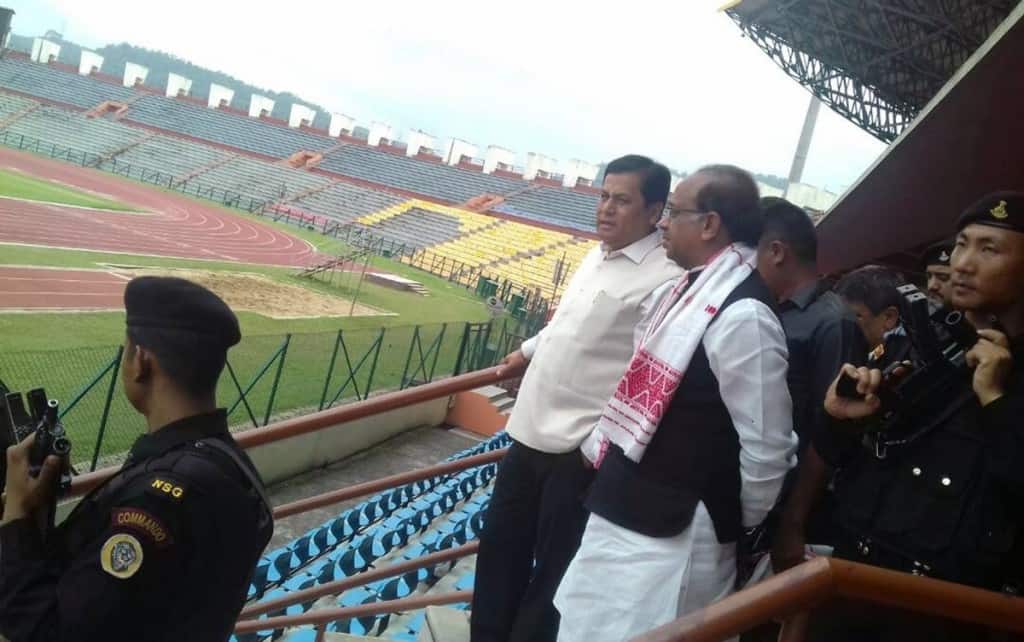 Union sports minister Vijay Goel and Assam chief minister Sarbananda Sonowal visited the Indira Gandhi Athletic Stadium at Sarusajai on May 23 and took stock of the preparations and other ancillary facilities for the FIFA Under-17 World Cup to be held in Guwahati as one of the six venues in the country.

The tournament, to be played from October 6-28, will have Guwahati as one of the venues. Guwahati will host nine matches including one quarter and one semi final.

Vijay Goel, along with Sonowal, took stock of the ground condition, dressing room, conference hall, media centre, seating capacity and other sporting arena and expressed satisfaction over the quality of work. The duo also set June 15 as deadline for completing the last minute preparations for the tournament.