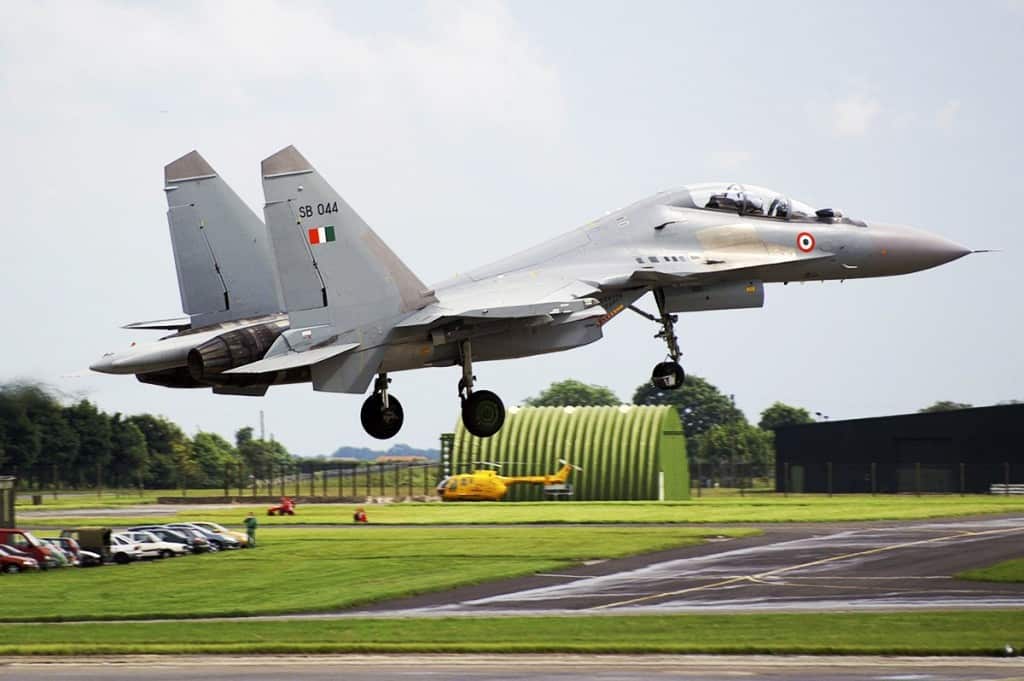 An Indian air force Sukhoi-30MKI jet went missing on Tuesday after taking off from the Tezpur base camp in Assam, sources said.

According to official sources, the Su-30MKI aircraft took off from Tezpur on Tuesday on a routine training mission but lost radar and radio contact around 60 km north of Tezpur.

Tezpur air force station is located around 172 km from the China border.