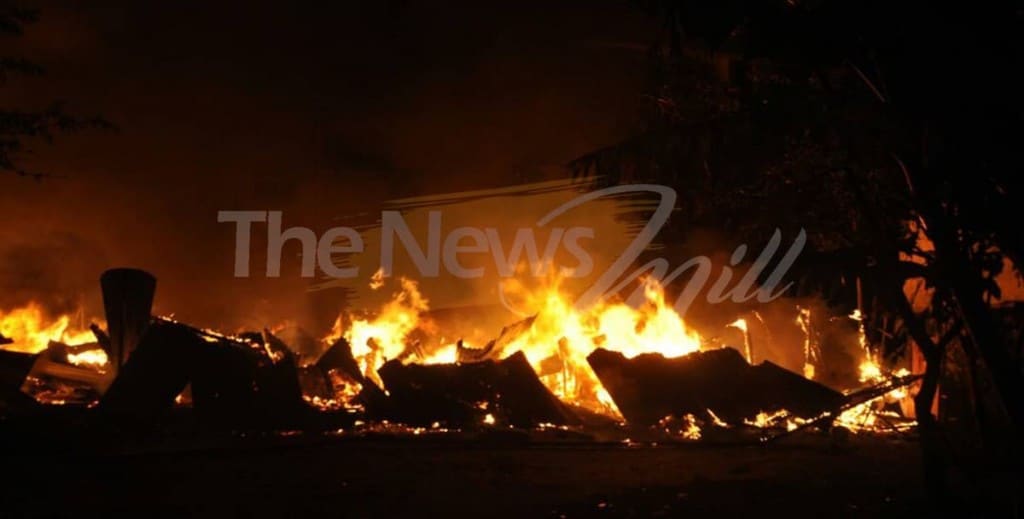 A major fire on Tuesday (May 2) around 7:30 pm, gutted around 40 households in the Ambari area of Guwahati. According to locals, LPG cylinder burst led to the major fire on SK Bhuyan road. No casualties have been reported so far.

The people of the locality said that they heard a big bursting sound around 7:30 pm and soon a devastating fire engulfed the area. Most of the residents of the area, who are mostly daily wage earners, could not save any of their belongings as they had to run for their life. Locals reported as many as 12 cylinder burst after the fire broke out. The fire was brought under control after repeated efforts, but till then the fire has gutted property worth lakhs.

The incident created panic in the area as people were seen running to save their life and property in case of the fire spreading to other areas.

“The fire was put under control. We are investigating how, in such a small place, nearly 30 houses were built and so many people were staying there. We will investigate the whole incident. We will look into the land records. I have strong doubt and am suspicious about the whole thing,” DC Kamrup Metro M Angamuthu told reporters.

The fire led to severe traffic chaos and the police had to divert traffic. The whole area was in dark as power supply snapped. Commercial establishments in the vicinity were safe.

Assam finance minister Himanta Biswa Sarma visited the site at Ambari on Wednesday to take stock of the situation.

(The story was updated to accommodate more information)