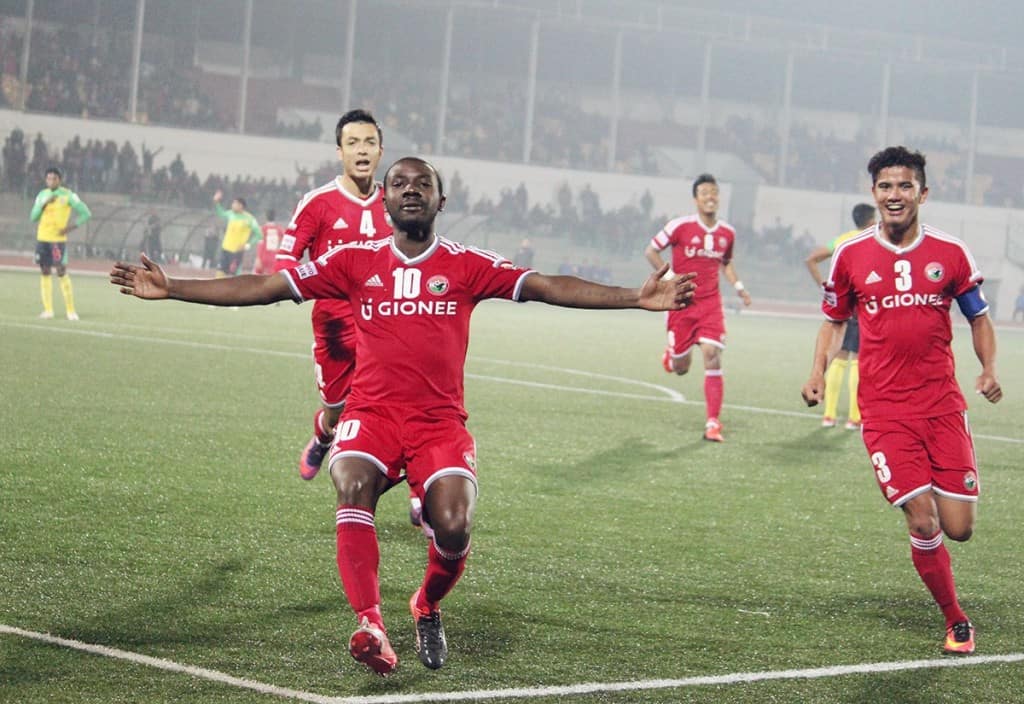 The two northeast teams at the Hero I-League won three individual awards following a rigorous election process where all 10 coaches and captains cast their votes.

There was little competition for the best striker award as Aser Pierrick Dipanda Dicka of Shillong Lajong FC grabbed the award, thanks to his tally of 11 goals in 18 matches.

Another player from northeast, Jerry Lalrinzuala, who was born in Mizoram, won the ‘best emerging player of Hero I-League’ award. The 18-year-old left back plays for DSK Shivajians.

Debjit Majumder of Mohun Bagan, with 8 clean sheets, won the best goalkeeper award of this season.

Mohun Bagan defender Anas Edathodika, who recently made his international debut, edged others to win the best defender award.

Meanwhile, Churchill Brothers FC Goa, who made a comeback to the fray after a hiatus, won the ‘Fairplay award’ of Hero I-league 2016-17.

DSK Shivajians FC and Bengaluru FC shared the ‘best organiser award’ this season on the basis of points awarded by the respective match commissioners.