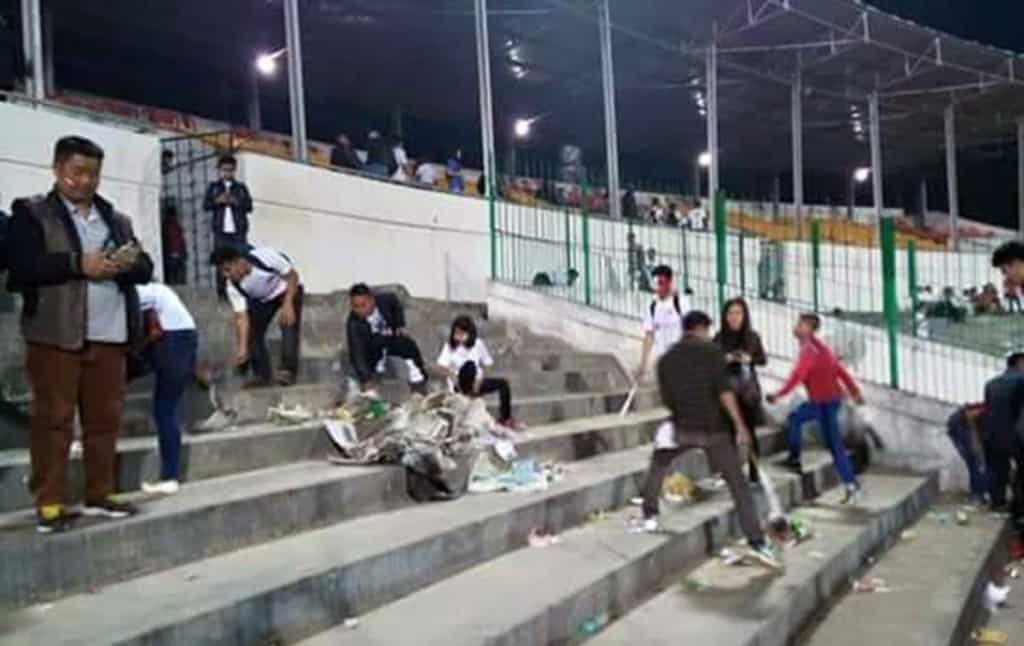 Aizawl FC are the I-League champions. While this is known to every football fan in the Northeast now, what caught the attention of the netizens is a photograph showing Aizawl FC fans cleaning the JN Stadium in Shillong after their match ended on April 30.

The photograph, posted by Robert G Lyngdoh has gone viral, showing fans cleaning the mess after the much deserved trophy victory.

Although the match between Shillong Lajong FC and Aizawl FC ended in a draw, the later went on to claim the Hero I-League trophy as they topped the league with 37 points.

While wild celebrations marked the final whistle, fans didn’t disappoint as they later cleaned the stadium, proving their commitment to the sport.