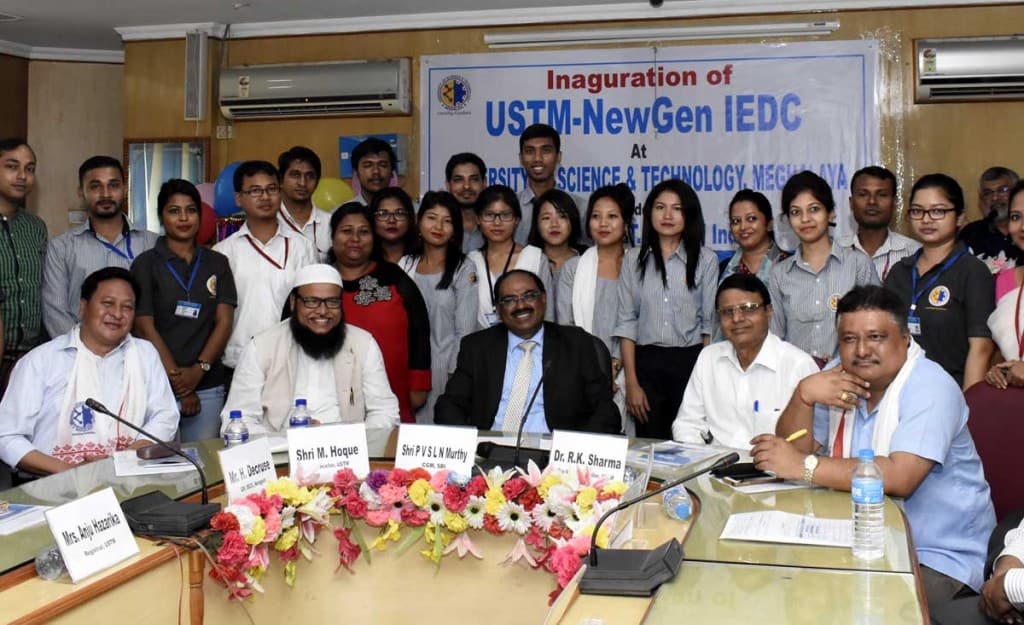 Officials and students at USTM after the formal inauguration of NGIEDC

The New Generation Innovation and Entrepreneurship Development Centre (NGIEDC) of the union government was launched at University of Science and Technology, Meghalaya (USTM) in the outskirts of Guwahati on Friday.

The mission of NGIEDC is ‘to promote knowledge based and technology-driven start-ups by harnessing young minds and their innovation potential in an academic environment’.

USTM is among the privileged few higher educational institutions of science and technology in the country to have been awarded the NGIEDC which initially shall receive grants for a period of five years.

PVSLN Murthy, chief general manager of SBI of northeast circle who inaugurated the NGIEDC said that SBI will stand by the side of USTM for successful fructification of the project.

“The mission of NGIEDC is to promote knowledge based and technology-driven start-ups by harnessing young minds and their innovation potential in an academic environment,” said Murthy.

He further urged upon the student innovators to refresh their mindset, believe in the fact that nothing is impossible, and adhere to their ideas until they are crystallized into products.

“The emphasis at USTM will be to nurture appropriate eco-system for entrepreneurship development and synergize the mandate of various development institutions towards effective implementation of development initiatives,” said Hoque.

AGP to contest in Assam panchayat elections without BJP