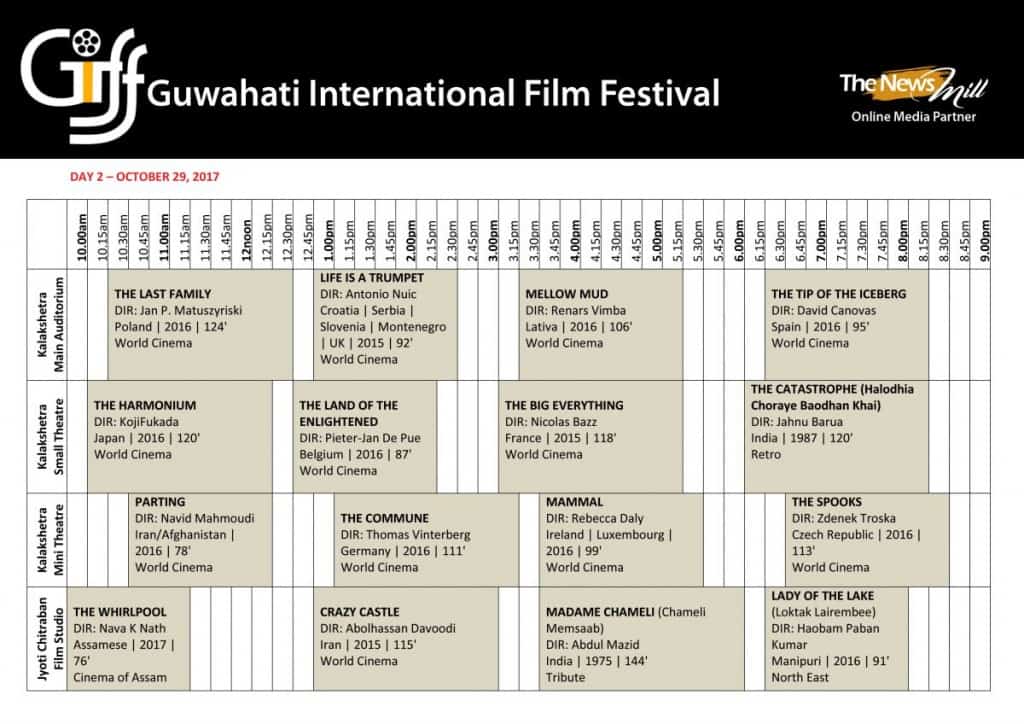 A bouquet of 16 films from across the world will be showcased on Day 2 of the Guwahati International Film Festival on October 29.

The Guwahati International Film Festival started off on October 28 with 7 film screenings. Award-winning Iranian film ‘The Salesman’ by Asghar Farhadi was the inaugural presentation at the debut season of the festival.

The Day 2 presents exciting local as well as international flavour. Life is a Trumpet, The Harmonium, Mellow Mud, The Last family, The Tip of the Iceberg, The Big Everything, The Land of the Enlightened, Mammal, The Commune, Parting, Crazy Castle and The Spooks are the World Cinema films that will be showcased during the day.

Among the Indian films, Madame Chameli (Chameli Memsaab) will be featured as a tribute to director Abdul Mazid. Also Nava K Nath’s The Whirlpool and award-winning Manipuri film Loktak Lairembee will be the attraction during the day.

The 1st Guwahati International Film Festival, organized by the Jyoti Chitraban Film Studio with support from the Assam government, is set to showcase more than 80 films from across the world.