The 1st Guwahati International Film Festival, organized by the Jyoti Chitraban Film Studio with support from the Assam government, is set to showcase 81 films from across the world. 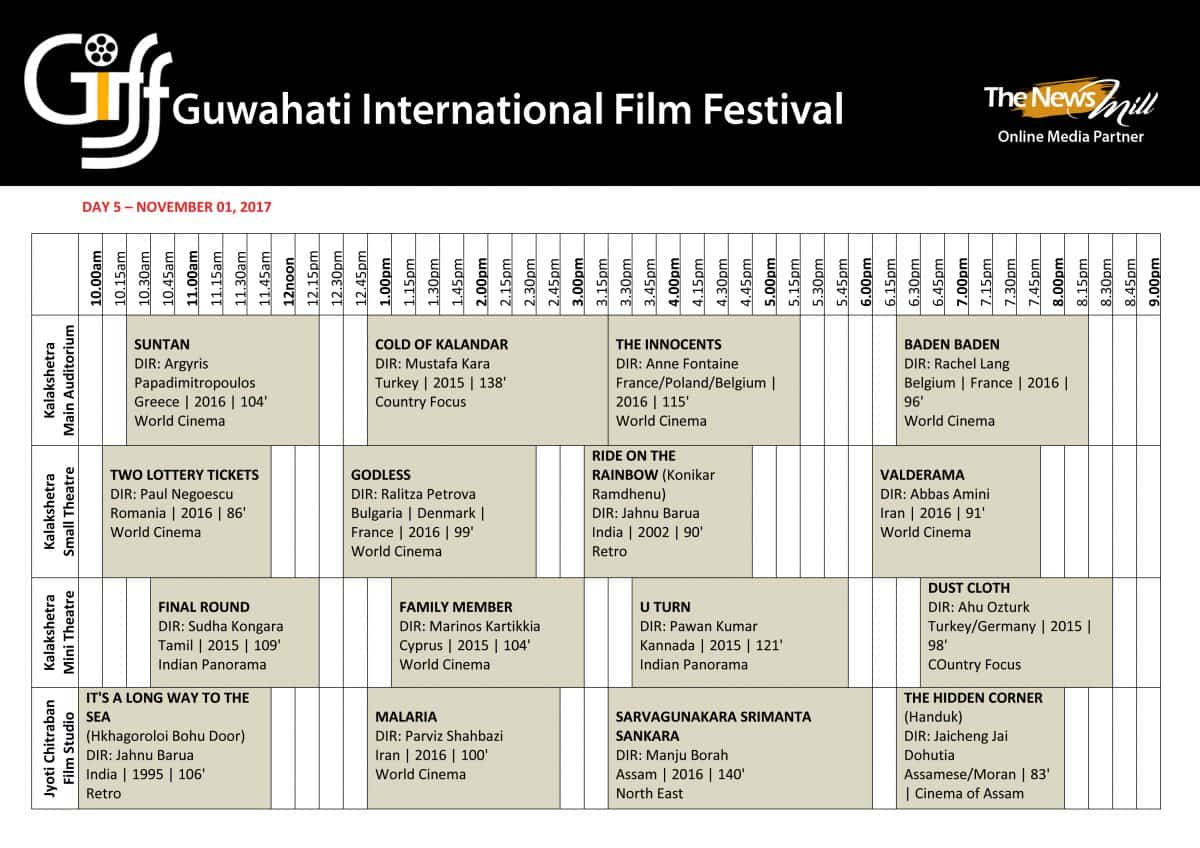 The delegate registration can be done through the official website giff.assam.gov.in which incurs a minimum delegate fee of Rs 150 for students and Rs 300 for other categories.

The festival will have various sections like Indian Panorama, World Cinema, Retrospective, Cinema of northeast, Tribute and a section on films from Assam.