FIFA U-17 World Cup: New dawn for football in the Northeast The official mascot of FIFA U-17 World Cup wave to the audience before the France and New Caledonia (NCL) match, at Indira Gandhi Athletic Stadium in Guwahati on October 8.

With the FIFA Under 17 World Cup matches being held successfully at Indira Gandhi Athletic Stadium in Guwahati, the people in the region can sense a new dawn as far as the beautiful game is concern.

History was scripted for the region when Madagascar referee Hamada Nampiandraza blew the whistle at 5 o’clock on a warm evening on October 8 to start the match between France and New Caledonia at the stadium in the capital of Assam and the gateway to the northeast.

For the region, it was a day of dream. The stadium which was built to host National Games in 2007 was well prepared with a new look to host the mega event.

“I never thought that India would ever host a World Cup at least in our lifetime. So, it’s a dream come true kind of experience. I have watched some matches here. But this is something like a dream coming true,” the 54 year old Santosh Chetry told The News Mill who travelled more than 340 kilometres from Itanagar to be a part of the historic moment. 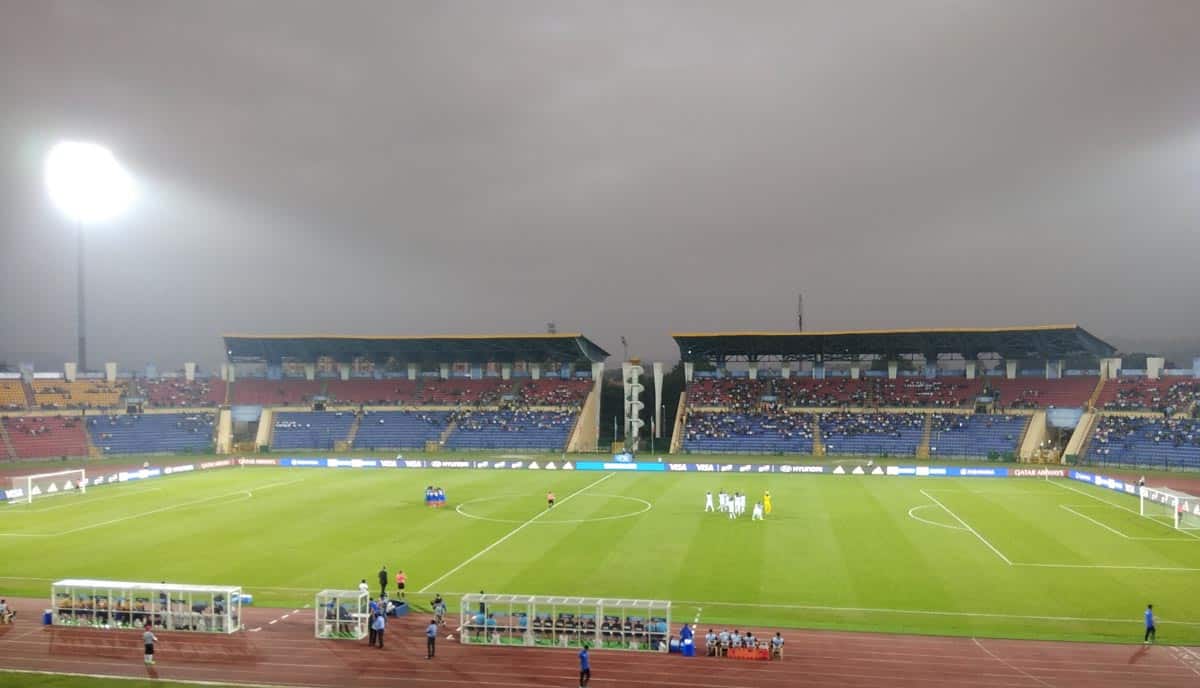 After the national games, the stadium has been hosting regular sporting events including the Indian Super League (ISL) and AFC Cup matches for the last 10 years.
For the FIFA tournament which is taking place for the first time in the country the stadium was renovated in many areas including the bucket seats for the spectators according to the FIFA norms.

It was a big boost for the football crazy region. “I think it will boost the morale of the youngsters and they would be encouraged to play football more seriously. I hope to see more big events in the days to come in the region,” Wirendar Iawram, a coach of Shillong Lajong FC, who was present during the France-New Caledonia match, said.

Former India striker Debashish Roy who also represented Mohun Bagan and East Bengal in 70s and 80s said that it’s a gift of God for the people of the region. “The football is already rich in the region. It will further boost the spirit. To be very honest I never thought that any world cup would have taken place here,” said Roy.

Guwahati is one of the six venues for the mega event besides New Delhi, Goa, Kochi, Navi Mumbai and Kolkata.

In this regard, Assam chief minister Sarbananda Sonowal has also been very vocal in making the city, the sports capital of India.

“This is a memorable occasion for all of us in Assam and northeast especially for the youths. I am happy to unveil the Winner’s Trophy because this particular World Cup will inspire the youngsters to play football, at a world stage. We all are privileged to be here,” Sonowal had said during the trophy unveiling.

Northeast agri products to be promoted in Myanmar and Bangladesh