ULFA’s history can be challenged, debated but cannot be re-written or over-looked till Assamese society cease to exist. History throws light on both the good and dark side and thus a lesson can always be learnt from it, following which the future generation can take careful and measured steps to move forward while trying to represent their society or community at large.

United Liberation Front of Assam (ULFA) no more makes big headlines following the peace process with the Indian government, where once news grabbing leaders like Arabinda Rajkhowa later followed by Anup Chetia among others got knotted in the framework.

Time will say when and how the final peace process will end up, but for sure the final outcome has a long way to go. This lull period followed by peace process, has given the opportunity for ULFA leaders to move to the nook and corners of the state to attend various functions, while some are political and rest for the sake of good gestures. To be precise, people of Assam in general are not aware as to what the top-gun ULFA leaders are doing or into it. One of the latest noteworthy developments is organizing the Indo-Bangladesh cultural programme at ITA Machkhowa, in Guwahati. You heard about that?

There is a rare chance, that ULFA would make big national headline leaving aside few statements from C-in-C Paresh Baruah who still grabs the local media’s attention. So, are we longing to see any big news form the ULFA? Many, would long for ULFA to make headlines (not through violence) while for others the ULFA has lost its relevance, except that sometimes  sudden outbreak of Assamese emotion leads to the word ULFA being a bonding gesture for the emotional Assamese community.

For me, the ULFA, divided or united, for talks or for delaying talks, sitting on foreign soil or deliberating with the Indian government; makes little difference, unless they cease to call themselves belonging to the Assamese community. Political statements will always vary and will change with the passage of time.

After feeding so many headlines while with guns, soft political statements of the ULFA will never be catchy anymore, nor will it grab the interest of the people easily. However, revolution does not necessarily mean guns and violence, and there is something called soft revolution.

Do not be shocked to know that the pro-talk group of the ULFA is trying to build a relation with Bangladesh, at a time when we are so furious about illegal Bangladeshis present in the state and all are eagerly waiting for the NRC to be released. The fact that ULFA never made any strong statements against Bangladeshi illegal infiltrators proves a point. The reason for this is obvious. 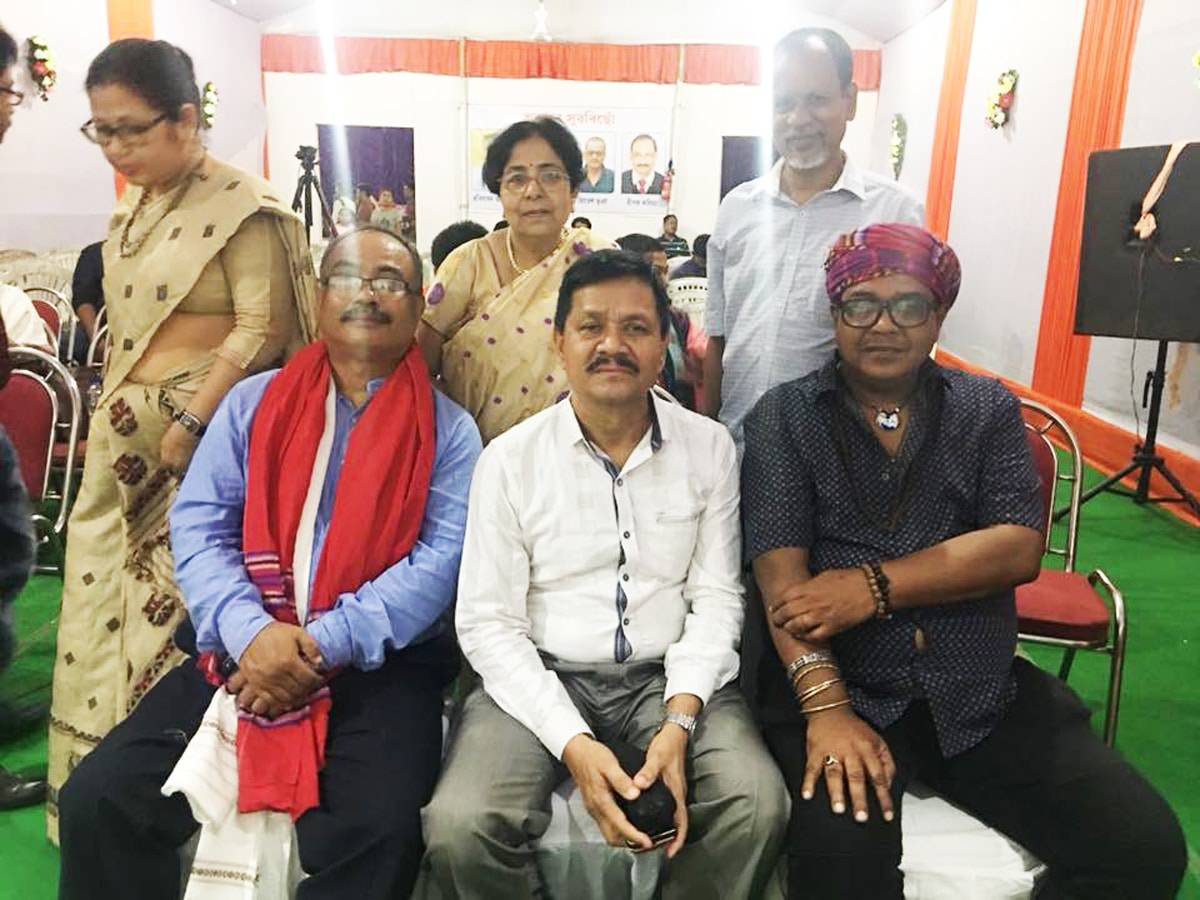 For the first time the ULFA, has taken the initiative to organize a Indo-Bangladesh cultural meet programme under the banner of “Rupantar Sanskritik Gosthi”, in Guwahati. Many were not aware of it, may be because things took shape in a very short time.

However, after the peace talk process in 2012, I see this initiative as a major and interesting development, and there may be other ways to read this development. From gun revolution to a soft and whispering revolution, a new clock has been set by the ULFA, which may not be sounding so charming and headline-grabbing.

“This initiative was a new experience for us and was hurriedly done and so we could not go for publicity,” said Anup Chetia, ULFA’s general secretary, while inaugurating the function at Machkhowa ITA on November 7, where there were limited audience and only a few media were covering it. 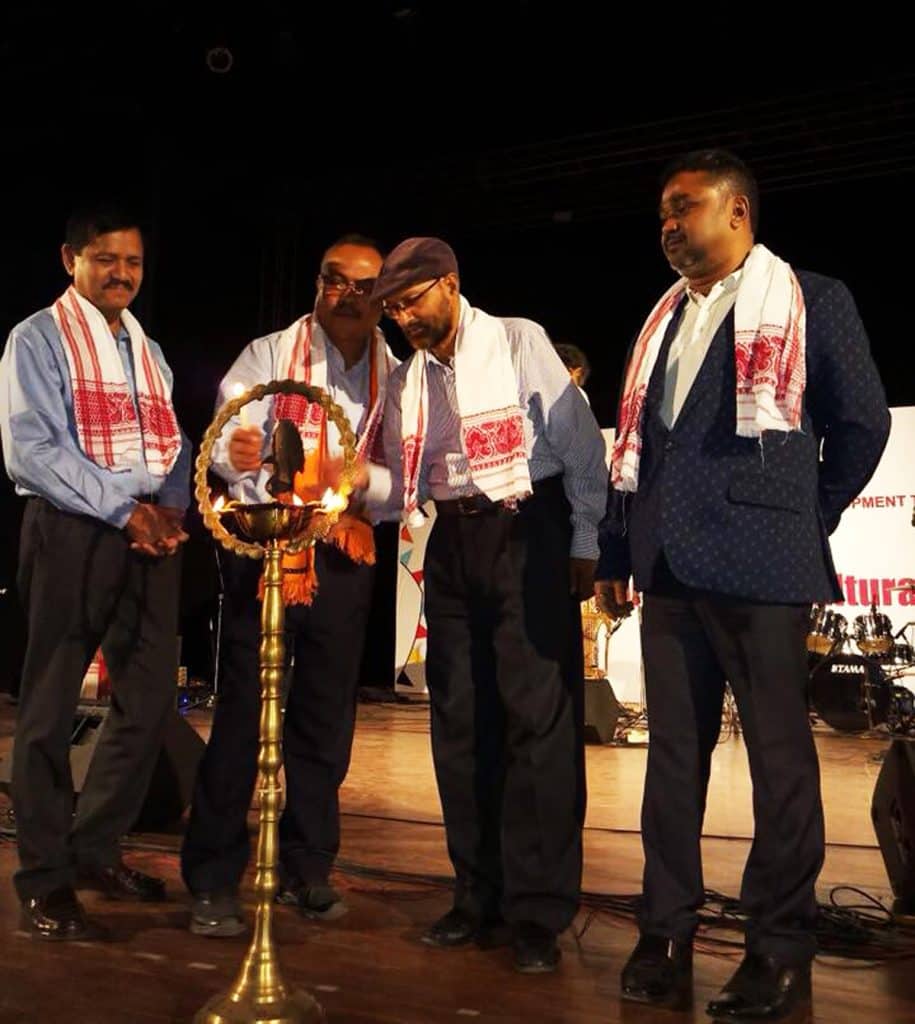 Veteran journalist Haider Hussain, ULFA’s chairman Arabinda Rajkhowa and ULFA’s vice president Pradip Gogoi, along with a few others, joined hands inaugurating the low-key affair function. The programme was supported by Friends of Bangladesh. Renowned Bangladeshi singer Maksoodul Haque, better known as Mac Haque, was the man who was helping bridge the gap and gave all positive support to the ULFA’s initiative.

If we go back to history, ULFA’s revolution was pushed from Bangladesh soil with camps in their land, and leaders staying there, before they were compelled to flee following diplomatic understanding between the governments of India and Bangladesh. Anup Chetia admits his emotional relation he had with Bangladesh and thus wants to bridge the gap for the betterment of the people through cultural exchange.

Mac Haque, the Bangladeshi Assamese singer, first came to Guwahati, to perform in the Guwahati International Music Festival in 2011, organized by Eastern Beats Music Society. It was then people came to know about singer Mac Haque and his Assam-connection.

Guwahati-based cultural journalist Ayushman Dutta had personally invited Mac Haque for performing Baul music in the festival and to introduce him to the people of Assam – and that’s when I first met him. Then, Mac had said that while he was travelling on road to Guwahati via Dawki in the car and told the driver that he is a Bangladeshi; the driver was shocked that Mac was speaking in Assamese. The driver was puzzled to relate between a Bangladeshi and a Bangladeshi speaking good Assamese. Year 2011 was the start of a cultural journey to Guwahati for Mac Haque, while it was after a gap of 16 years that he had landed in Assam, his parents’ home state. His father hails from Jorhat. It was Mac’s father who strictly ordered Mac to speak the Assamese language at home as they were Assamese. Though born and bought up in Bangladesh, the Assamese language, thus, remained intact in their family. Now, Mac is making sure that his next generation does the same. He proudly says, I am Bangladeshi, but an Assamese not Bengali. Six years down the line since Mac landed in Guwahati, in 2011 for performing as an artist, many things have changed. Perhaps the biggest change is the political change, the talk process that has been initiated between the ULFA and the Indian government in 2012, which has silently come as a boon for Haque, has now become an open secret and Mac himself did not hesitate even for a moment revealing his long association with the ULFA, especially Anup Chetia, who was locked in Bangladesh jail for 17 years, before being extradited diplomatically to India for the peace process.

On the stage before performing, Mac addressed Arabinda Rajkhowa with great respect as “comrade”, and there after very little was left to be understood. While Anup Chetia, regretted that for him Mac had to go jail in Bangladesh for three days and to which later Mac replied that he was not tortured very severely before he was let off from jail.

So, Mac meeting the ULFA leaders under the banner of Indo-Bangladesh culture meet has more of an emotional bonding, with roots strong enough to carry on their new endeavour. “I will support the ULFA as long as they fight for the cause of the Assamese people. I have always very holistically followed Arabinda Rajkhowa’s statements…… Jai Ai Asom, Jai Bangladesh,” said Mac, before setting the stage on fire with a heart-touching Baul song.

Peter Alex Todd is a Guwahati-based senior journalist. He is a sports and music enthusiast.