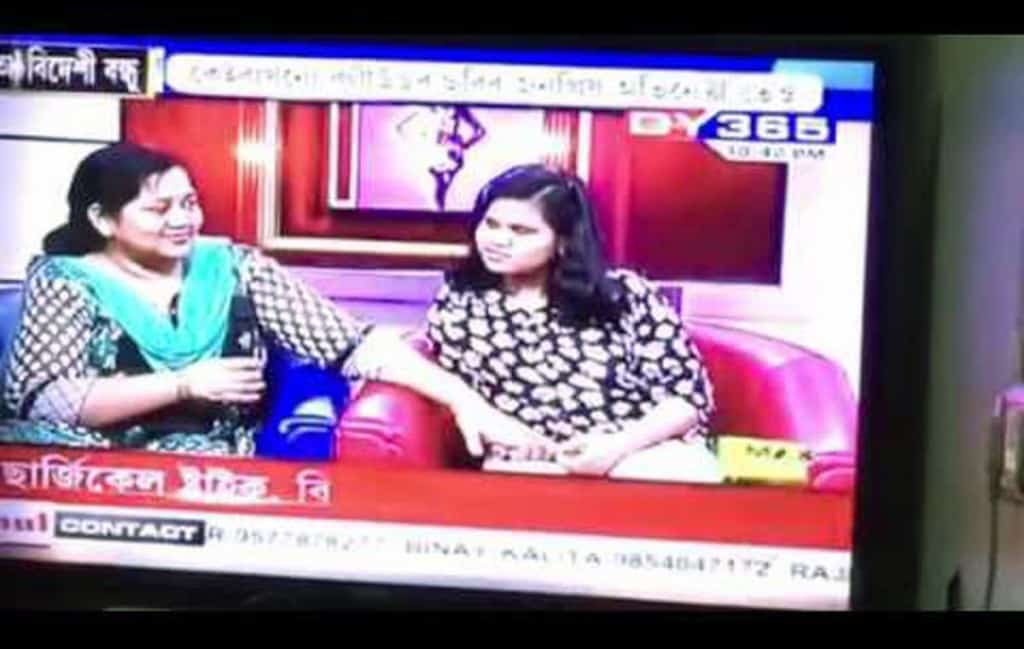 Union ministry of information and broadcasting has prohibited Assamese news channel DY365 from transmission for 3 days starting 0001 hrs on December 15 for content issues.

The ministry, in its order on Wednesday, stated that the Guwahati-based channel was found to show certain superstition practices which weren’t suitable for the audience. “It has come to the notice of the ministry of information & broadcasting that DY365 TV Channel telecast a ‘News Report’ on 04.06.16 at 14:59:36 hrs, based on a ritual in which a man could be seen tossing a new-born baby up and down in the air. He hurls and slings the baby in every possible manner and direction without a shred of care and concern. The video meant to expose an extremely dangerous superstition allegedly prevalent in some parts of Assam where people believe that undergoing this ritual will keep the child safe. The visuals are extremely disturbing, and not suitable for unrestricted public exhibition,” the ministry order noted. 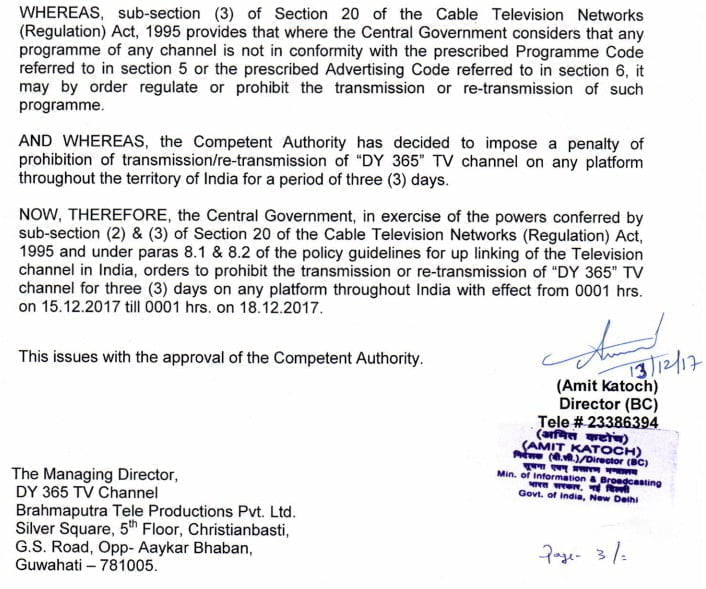 The News Mill contacted DY365 management for their comment. The story will be updated.