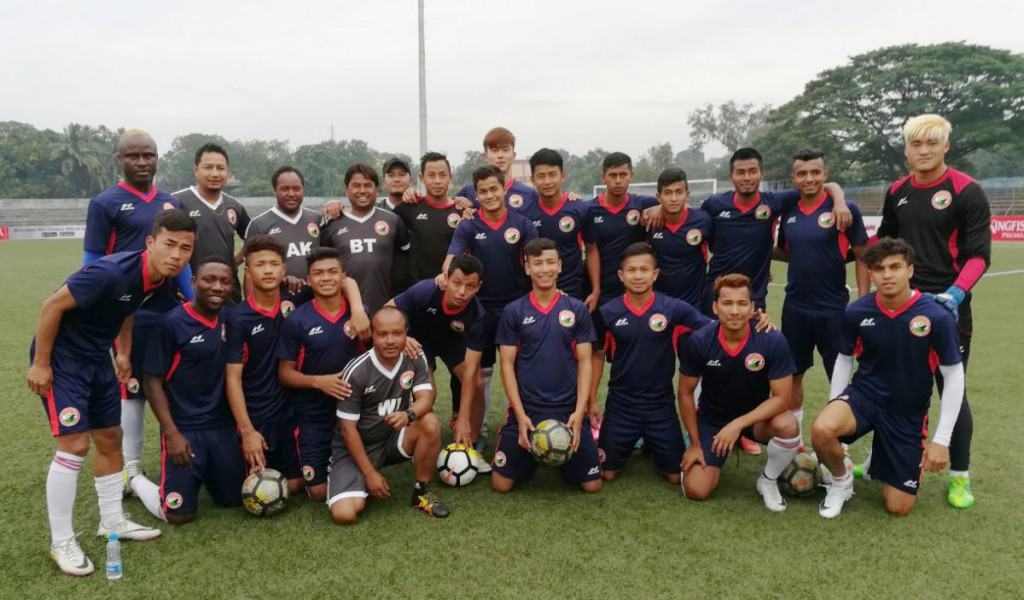 Shillong Lajong FC will look to carry on the winning momentum when they clash against East Bengal FC in the Hero I-League on December 9 at the Barasat Stadium in Kolkata.

Lajong started their I-League 2017-18 season campaign in style with two back-to-back victories at home –against Gokulam Kerala (1-0) and Churchill Brothers (2-0). They have also maintained a clean sheet thanks to some good goalkeeping by youngster Phurba Lachenpa and a tight defensive combination of Laurence Doe, Juho Oh, Rakesh Pradhan, Novin Gurung and Kynsailang Khongsit.

“Winning our last 2 matches at home has build confidence in the team. Playing away from home is expected to be very challenging and especially with the reputation of East Bengal. But we have gained the momentum and are ready for the challenge to perform well,” said Shillong Lajong head coach Bobby Nongbet.

Lajong academy products Redeem Tlang and Samuel Lyngdoh Kynshi had put their names on the scorer’s list even as the solitary goal in the first game was as a result of an own goal after Alen Deory’s shot was deflected towards the back of the net.

In the last season of the I-League when East Bengal hosted Lajong in Siliguri on February 15, both teams played a 1-1 draw.

This season, the Kolkata outfit has appointed Khalid Jamil as the head coach and were very busy in the transfer market as they brought in many new fresh faces in the squad.

Lajong is currently second in the league table with six points from 2 games.

East Bengal lost to arch-rivals Mohun Bagan by one goal in the Kolkata derby last Sunday.

The match will telecast live on the Star Sports network and Hotstar from 5:30 PM.