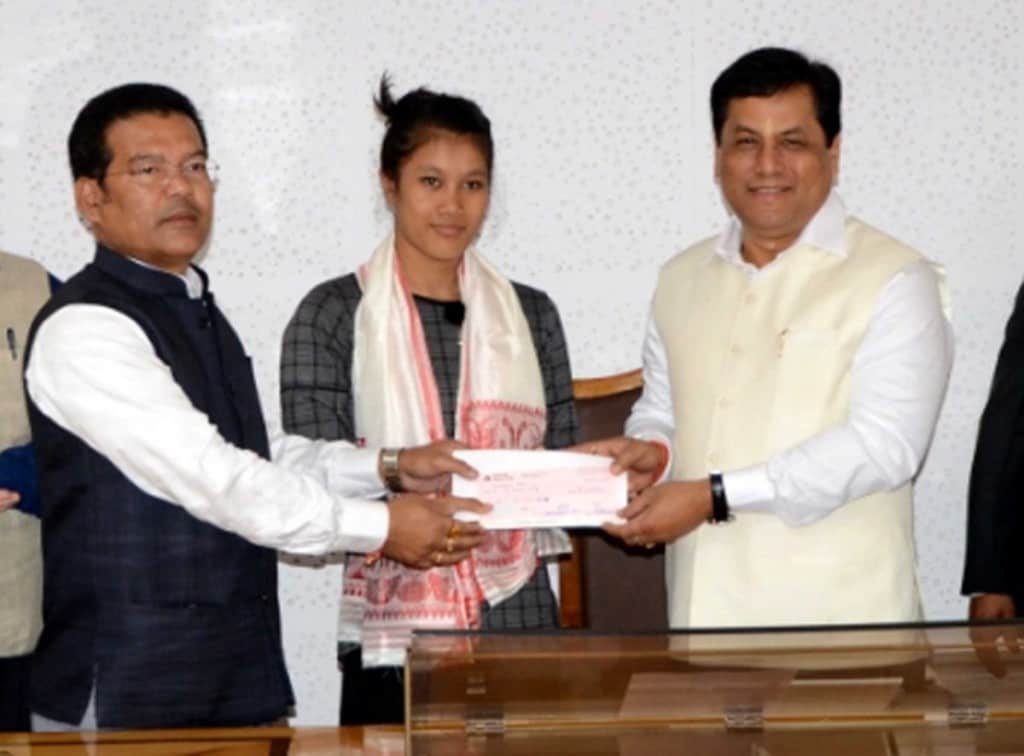 Assam chief minister Sarbananda Sonowal felicitated boxer Ankushita Bodo and presented her with a cheque of Rs 10 lakh on Monday. The young boxer from Assam won a gold medal in 64-kg category and ‘Boxer of the Championship’ title in the recently concluded AIBA World Youth Women Boxing Championship.

Speaking at the felicitation programme, Sonowal said, “Sports is the most potential zone in Assam and the youth of the state have a natural knack for it. The government would leave no stone unturned to provide the best possible facilities to the young sportspersons. We will extend support to all the sportspersons who have already made the state proud in international events”, Sonowal said.

He also assured to provide necessary assistance to boxer Minu Basumatary and Pwilao Basumatary Basumatary who also won medals in the AIBA World Youth Women Championship earlier but failed to receive any recognition so far.

Further, congratulating Ankushita Boro on her recent feat, the CM advised her to work hard with perseverance to emerge as a disciplined sportsperson and win more medals in international and world championships and bring glory to Assam.

“Ankushita Boro’s achievement is a great inspiration for the young generation of Assam and has entrenched people’s faith in the abilities of our sportspersons. The positive environment which has been generated by her success is our greatest achievement”, Sonowal said adding that the talented boxer’s journey has just begun and she would have to maintain discipline, strong character and sportsmanship spirit to excel more in future.

Further saying that sports has universal appeal and successful sportspersons like Pele and Maradona are appreciated world over, the CM also vowed to create more conducive environment in the state for promotion of sports.

The chief minister also sought support from people of the state in government’s endeavour to make Assam as the sports capital of the country and identifying sports talents from rural areas. He observed that successful promotion of sports is possible through public-private partnership only and mentioned that he has already directed the sports department to formulate a sports policy for the state.

Boxer Ankushita Boro while sharing her experience apprised the CM about the challenges faced by sportspersons from Assam in the national camps and sought his intervention. She also requested Sonowal to take steps for bringing the coach under whom she went through training for the AIBA championship from New Delhi to Assam and expressed her desire to prepare herself for forthcoming events from the state only.

Chief minister Sonowal assured the talented boxer to extend all help and informed that the state sports department would take necessary action on the issues raised by her.