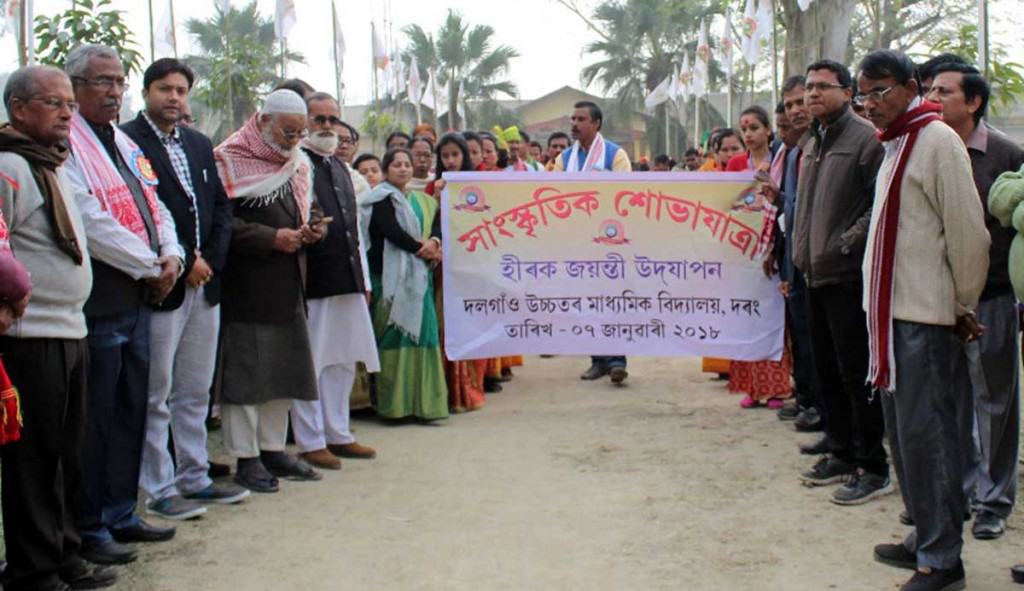 Former and present teachers along with the students during the Diamond Jubilee celebration at Dalgaon.

Dalgaon Higher Secondary School, one of the oldest educational institutes of undivided Darrang district in Assam is celebrating the Diamond Jubilee.

Former teachers and students of the school which was set up to cater the need of the economically backward students in 1937, took part in plantation drive among other activities during the three-day closing ceremony on Sunday.

“We had a series of events for the closing ceremony of the year-long diamond jubilee celebration. Among others we had plantation programme to mark the occasion with the participation of former teachers and students,” Abani Mohan Saharia, working president of the organizing committee said.

Saharia said that the school which is the third oldest education institutes in the entire undivided Darrang district has produced several noted personalities over the years in different fields.

“The school came into existence with the efforts of several concerned locals who contributed bamboo and straw to set up the building in 1937 when there were no proper facilities of education. And gradually it evolved in today shape,” Saharia added.

Among others, the newly elected president of Asam Sahitya Sabha, the apex literary body of the state, Paramananda Rajbongshi and VC of Cotton University Bhabesh Chandra Goswami are scheduled to be a part of the last day’s programme on Monday.

Green and Maroons down Aizawl FC by 2-0