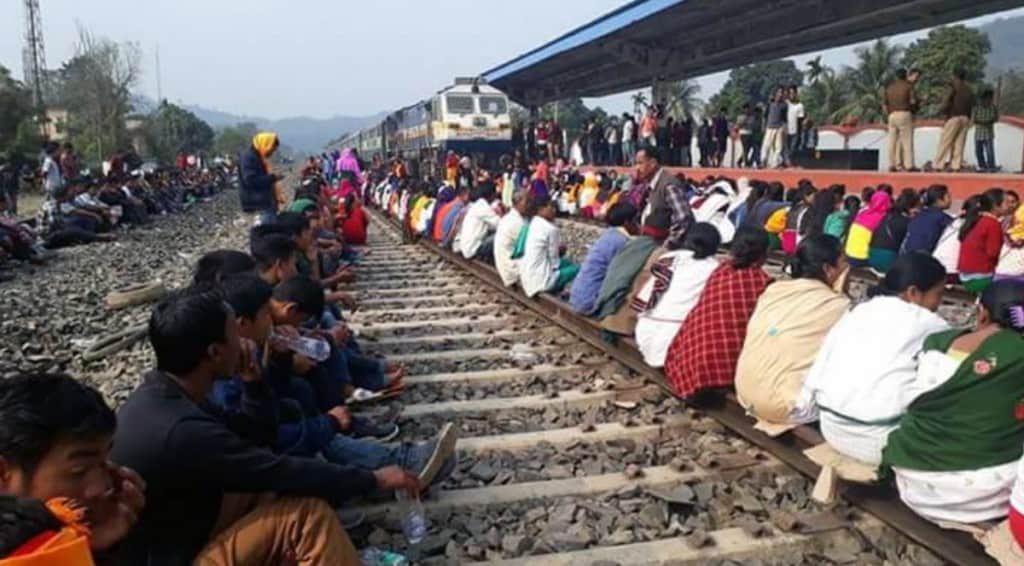 Over a thousand train passengers were stranded at New Haflong railway station in Assam’s Dima Hasao district since Friday as protests continued on Saturday against police firing that killed two persons. Curfew continued in Maibong and some adjoining areas on Saturday.

Dima Hasao deputy commissioner, Deva Jyoti Hazarika said they have failed to send the stranded passengers to their destinations as the picketers have damaged the railway tracks.

The agitating organisations have also called a 48-hour bandh since the police firing on Thursday morning. The protesters stopped the Guwahati-bound Silchar-Guwahati fast passenger train at New Haflong station on Friday. The passengers have been stranded since then.

“There are close to 1,100 passengers who are stranded. The picketers have damaged the tracks at many places and removed the fish plates. It will take time to repair them and resume the movement of trains,” Hazarika said.

“We have requisitioned 25 buses from Guwahati to send the stranded passengers to their destinations by road. However, the picketers did not allow the buses to proceed to New Haflong,” the deputy commissioner said.

“Curfew is continuing in Maibong. We have relaxed the curfew for two hours on Saturday – from 2 pm to 4 pm – but will continue after 4 pm,” Hazarika added.

Two of the injured protesters died on Friday, which has further fuelled the protests.

According to reports, the incident took place at Maibong area in the hill district, where over thousand protesters had blockade railway track protesting against alleged inclusion of Dima Hasao district in the proposed Frontier Nagaland.

The protest soon became violent and following which police resorted to baton charge and fired tear gas shells to control the situation.

Assam ADGP (SB) Pallav Bhattacharya said that, the situation is still tense and injured persons were rushed to hospital.