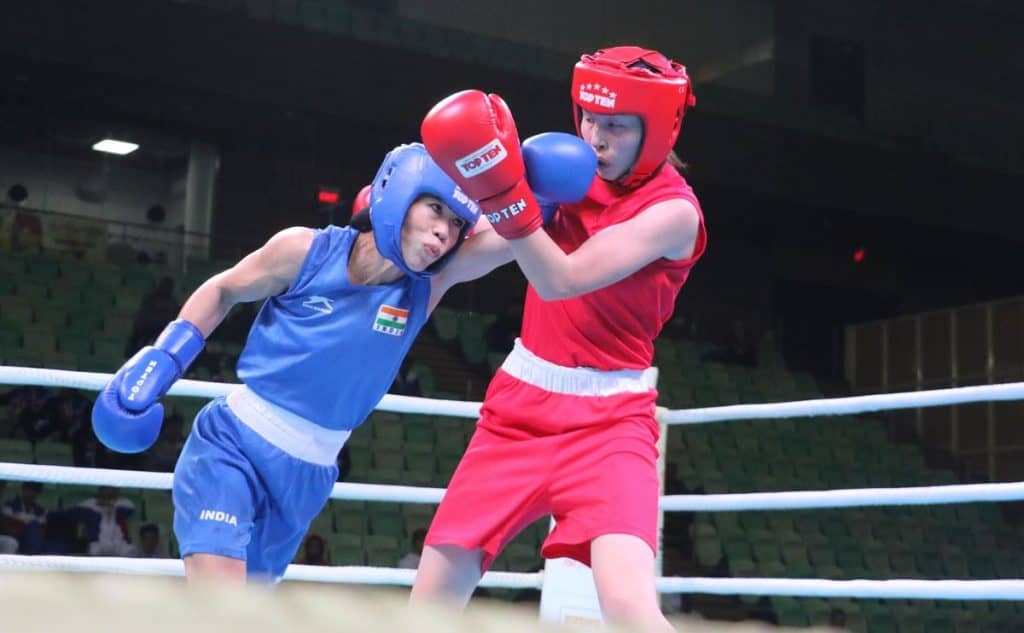 India’s Mary Kom, Sarita Devi and Pinki Rani stormed into the finals of the SpiceJet India Open International Boxing Tournament at the Thyagraj Indoor stadium in New Delhi on Wednesday.

In the first bout of the evening session, Shiva Thapa fell by the wayside in the men’s semifinals. Hindered by a slight wrist injury, he failed to unravel Manish Kaushik, just like he couldn’t during the recently-held nationals.

Southpaw Manish looked in fine fettle and used his speed and power to win 5-0 in the lightweight category. “I had no pressure on me so I fought freely,” he said, shortly after his victory. “I instigated him and then went on the attack,” he added.

Five-time world champion Mary Kom suffered some early hiccups in the opening round against her taller and stronger Mongolian opponent Altansetseg Lutsaikhan in the light-fly category. She promptly changed her strategy in the second to turn the bout on its head.

She began by fighting from close quarters only to realise that it wasn’t a good tactic against the aggressive Mongolian, who cleverly used her height, reach and power to her advantage. In the next rounds, she opted to maintain a safe distance, before launching into short-burst attacks.

That was enough to throw the Mongolian out of her rhythm and Mary piled on the points for a 4-1 victory.

She takes on Josie Gabuco, an impressive all-round boxer from the Philippines, in the final.

Sarita Devi overcame her Indian counterpart Priyanka Choudhary 4-1 in the light-weight category while Thai girl Chuthamat Raksat found Pinki Rani too to handle, going down 0-5 in the flyweight division.

Sarita next meets the strong and aggressive Finland girl, Potkonan Mira Marjut, who more than packs a punch, in the final while Pinki takes on Ochirbat Jargalan of Mongolia.

The other Indian in the semifinals, Sarjubala Devi, however, fell short, losing by a split decision to Mongolia’s Jargalan Ochirbat 2-3.