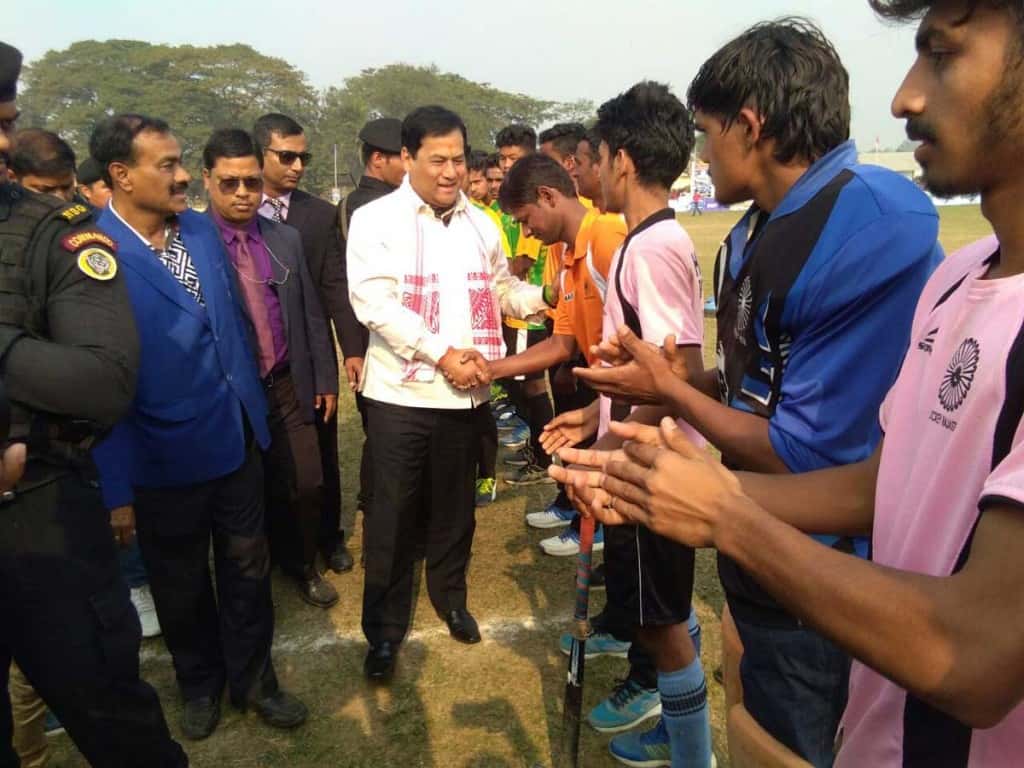 Assam chief minister Sarbananda Sonowal said that those sportspersons of the state who participate in the national and international sporting events win medallions for state and country would be given financial awards up to the tune of Rs 1 crore besides jobs in the level of Assam Police Service (APS) and Assam Civil Service (ACS) and in other allied services.

Speaking at the final of the Hockey India 8th Sub-Junior Men’s National Championship 2018 at Hojai on Sunday, Sonowal said that the state government to constitute a high-level committee to finalise a module for appointing players who represent the state or country at national and international sporting events and bring laurels.

He also said that the state government is committed to the development of sports equally in all the districts of the state.

He also said that the state government will extend all possible help to all the district sports association to empower themselves as major sporting venues so that national and state level sporting events can be organised successfully in the districts.

In the final Assam beat Rajasthan by 3-2.