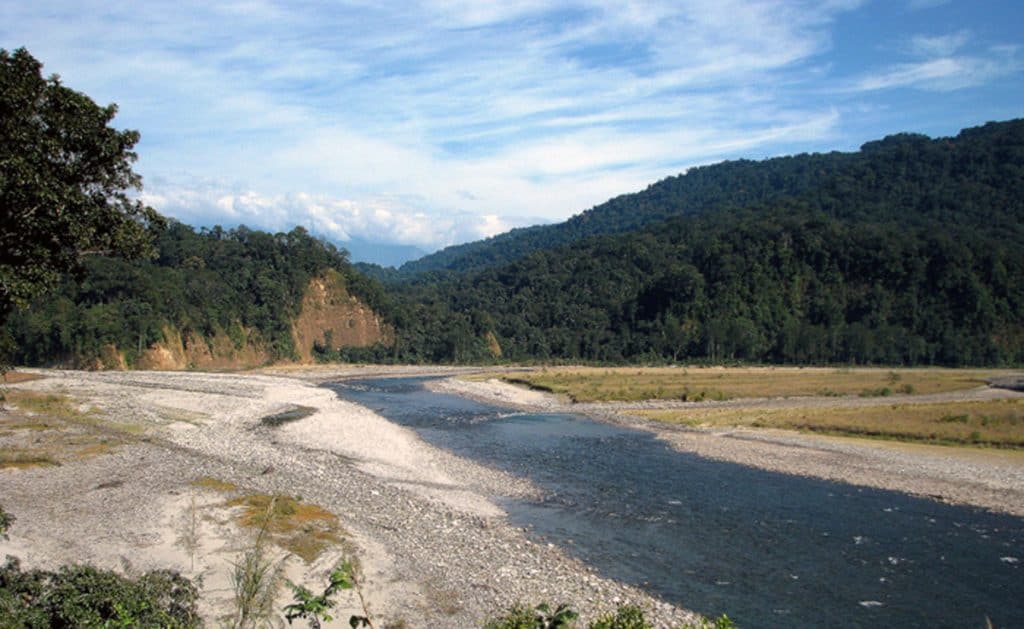 As many as 6 monuments and historical sites in the Northeast have been identified tentatively for listing under World Heritage Site.

Informing the Lok Sabha, minister of state (I/C) for culture, Mahesh Sharma, in a written reply on Monday, added that a total of 83 monuments and sites of the Northeast are centrally protected under the Archaeological Survey of India.

Here are the monuments/sites in the Northeast have been identified tentatively for listing under World Heritage Site. Text Courtesy: Unesco

Surrounded by blue rolling hills and topographically cut off from the rest of the populated areas of the region, Ziro Valley in Arunachal Pradesh presents an example of how co-existence of man and nature has been perfected over the centuries by the Apatani civilization.

The valley, inhabited by the Apatani tribe, lies tucked in the lower ranges of the eastern Himalayas in the state of Arunachal Pradesh in Northeast India. The Apatanis, one of the major ethnic groups of eastern Himalayas, have a distinct civilization with systematic land use practices and rich traditional ecological knowledge of natural resources management and conservation, acquired over the centuries through informal experimentation. The tribe is known for their colorful culture with various festivals, intricate handloom designs, skills in cane and bamboo crafts, and vibrant traditional village councils called bulyañ. This has made Ziro Valley a good example of a living cultural landscape where man and environment have harmoniously existed together in a state of interdependence even through changing times, such co-existence being nurtured by the traditional customs and spiritual belief systems.

Thembang, the settlement of the Monpas, is a village within a fortified area measuring approximately 3.2 acres. It is a host to several ancient and historical structures and has drawn the maximum attention for the fortified Dzong constructed using traditional technology of the region. Due to the richness of heritage structures found in the village, locals consider the village of Thembang itself as a monument.

Thembang Dzong is located approximately 55km northeast of Bomdila township in West Kameng district of Arunachal Pradesh. The area falls to the east of Tawang-Bomdila road and about 14 km from Munna camp. Thembang village and Dzong are surrounded with the majestic beauty of lush green hills, steep gorges and snow clad peaks. The River Dirang cascades down the gorge running along the western side of Thembang gorge in the South-East direction.

Sualkuchi in Assam, is among the saree weaving clusters of India. It has a glorious history in production of muga and mulberry silk since at least fourth century BC and finds a mention in Kautilya’s Arthashastra (referred to as Suvarnakunda of ancient Kamrupa). Of a naturally rich, golden colour, muga is the finest of India’s wild silks. The loom is a prized possession in every Assamese home. Weaving has been a way of life in the state since time immemorial.

Assam tribal weaver clusters: The Karbi, Mishing, Rabha, Singpho and Tai-phake tribes have a strong textile tradition. The Mech tribe is silk-weavers in profession. The Dimasa tribes are renowned for their expertise in silk-culture and weaving-prowess and are the producers of Endi. Weaving among the tribal societies of Assam is a home craft using the back-strap loom or loin loom, which is simple and portable.

The vernacular houses Assam provide maximum ﬂexibility and adaptability to the local environmental conditions as well as meet social and cultural requirements. The courtyard has multiple uses like drying of crops, winnowing, cloth weaving and children’s playing space.

The Tai-Ahom clan upon their migration from China established their capital in different parts of the Brahmaputra River Valley between 12th to 18th centuries. Usurping the Barahi tribe, Chau-lung Siu-ka-pha established the first capital of the Ahoms at the foothill of Patkai hills and named it Che-rai-doi or Che-tam-doi, meaning “a dazzling city above the mountain” in their language and consecrated site with a ritual. While the clan moved from city to city, the landscape of Che-Rai-Doi or Choraideo continued to retain its position as most sacred where the departed soul of the Royals could transcend into the after-life. Their unique system of vaulted mounds continued for 600 years, till many Tai-Ahoms converted to Buddhism while others adopted the Hindu system of cremation.

The Changrung Phukan (canonical text developed by the Ahoms) records the materials used to construct a Moidam. It records the construction using bricks and stones cemented by the mixture of black pulse, molasses, eggs of duck, barali fish, lime (from lime stone and snail shell). Boulders of different sizes, broken stones, bricks, and broken brick were used to construct the superstructure, whereas large stone slabs were used for the sub-substructure.

Apart from recording material used in constructing a moidam, the Changrung Phukan also documents the number of labourers, duration of works, votive offerings made and rituals followed during in cremating the Royals. The crematory rituals of the Royal Ahoms were conducted with great pomp and grandeur, reflecting their hierarchy.

The Namdapha National Park, Kamlang Wildlife Sanctuary and Jairampur Forest Division are located in the eastern part of Arunachal Pradesh. Among the last great remote wilderness areas of Asia, Namdapha and its adjoining areas, is flanked by the Patkai hills to the south and south-east and by the Himalaya in the north. The area lies close to the Indo-Myanmar-China trijunction. Forests are contiguous across the international boundary with Myanmar, with several adjoining protected areas, including the Hukawng Valley Tiger Reserve. The entire area is mountainous and comprises the catchment of the Noa-Dihing River, a tributary of the Brahmaputra which flows westwards through the middle of Namdapha. Numerous streams drain into the Noa-Dihing and forest pools and natural salt licks are abundant in the area. The park spans a wide altitudinal range from 200 m to 4,571 m at Dapha Bum, the highest point in the park. The terrain is steep and inaccessible. Interior and higher areas have not been explored, except by hunters from local communities.

It is bordered on the north by the Kamlang Wildlife Sanctuary (550m to 4200 m) in the Lohit district of Arunachal Pradesh. To the east and south-east lie the Patkai hill ranges and the international border with Myanmar. To the south-east are unclassified state forest (USF) areas (c. 700 km²) of the Vijaynagar circle. To the west, are Reserved Forests and USF areas of the Jairampur Forest Division in Arunachal Pradesh.

River Island of Majuli in midstream of Brahmaputra River in Assam

The Majuli river island in Assam is mid-stream of the Brahmaputra river. It is a part of the vast dynamic river system of Brahmaputra basin. The Majuli Island is a fluvial landform (a riverine delta), a unique geographical occurrence and a result of the dynamics of the vast river system. The island itself extends for a length of about 80 km and for about 10-15 km north to south direction. It is 85-90 m above the mean sea level.

There are a total of 30 Sattras in Majuli many of which are in the mainland, few of them are in Chapori areas, with a distinct spiritual influence region. Each Sattra, represents, within its region, a centre for cultural activities and even acts as a democratic institution to settle local disputes. Most of the villages associate with respective Sattra, and the villagers partake in the activities of their own Sattra during festivals and occasions.