As the Indian football season takes a break, the official fan club of NorthEast United FC, the Highlander Brigade, is hosting series of events to keep the fans engaged.

The Highlander Brigade, who were seen following the NorthEast United FC this season, in-spite of a lackluster performance by the John Abraham-owned Indian Super League side, are planning off season activities like gaming events and a fun-football tournament to keep them ‘relevant and active’.

“We are setting up a gaming event of FIFA 18 and a popular mobile game. The FIFA 18 event is scheduled on the May 12-13 where we are expecting some cool clash between gamers,” said Ayan Kalita, who is from the social media division of the Highlander Brigade.

“The event will start from 10am at the Cold Play Game Cafe, Bamunimaidan, near Anuradha Cineplex. The players will compete against each other in a highly competitive 1v1 fixture. The finale winner will take away a cash award of Rs 5,000 and a trophy and certificate while the runner up will win Rs 1,500 along with a certificate,” he added.

For registration, a player can spot register with Rs 200 and also may pre-book his/her place.

Speaking about the initiative, the Highlander Brigade said that such events are a part of their off season activity. “We are technically the official fan club of the NorthEast United FC. These programs are our initiatives to keep us relevant and active. Specifically the gaming event is meant to link up with the youth and make up a memorable event. We have other future plans like a 5v5 football tournament here,” Kalita said. 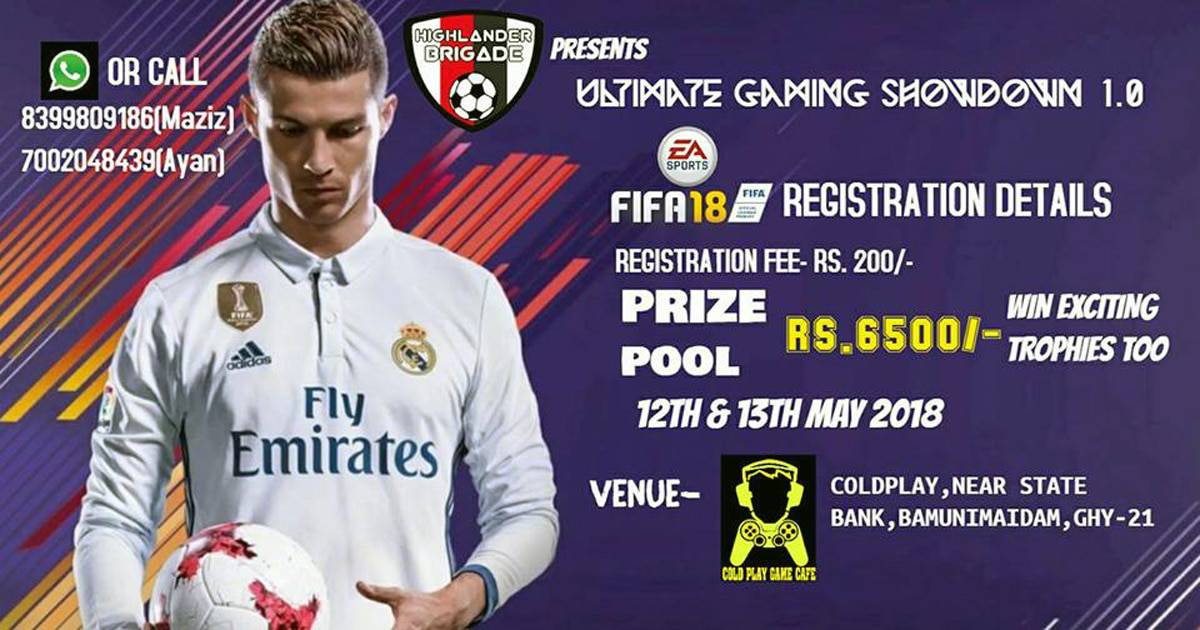 Popularity of football in India got a massive one-plus when the Indian Super League was introduced. In-spite of a less-inspiring performance last season, North East United FC witnessed a core group of fans in the form of Highlander Brigade who were with the club through their not-so-sunny days.

“We have many ambitious plans to set up events, but we have certain hurdles, and to cross those hurdles one at a time is our first ulterior motive,” Ayan signs off.

Forget electricity, these bamboo poles in Assam are waiting for wires, since 2012