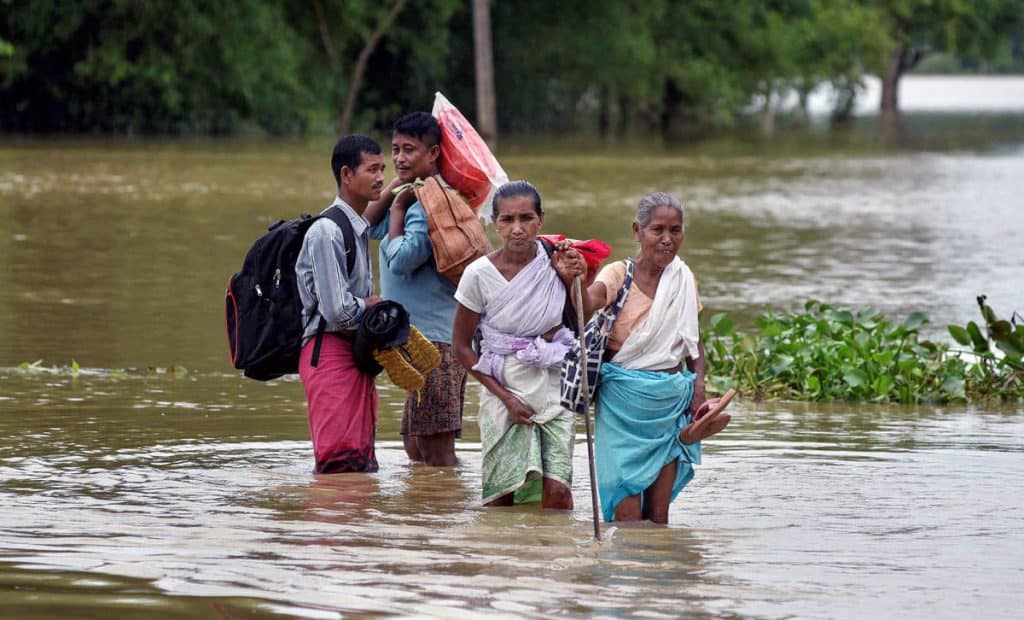 While the flood situation has improved in Golaghat and East and West Karbi Anglong districts on Tuesday, Nagaon, Hojai, Cachar, Karimganj and Hailakandi districts continued to be affected by floods.

According to Assam State Disaster Management Authority (ASDMA), 727 villages are affected in the flood-hit districts.

Officials said that standing crops on around 4,000 hectares of land have been damaged.

“Two people were reported to have been killed due to flood in Cachar while four others were killed in Karimganj,” an ASDMA official said, adding that over 1.5 lakh people have taken shelter in relief camps in Cachar, Karimganj and Hailakandi districts in Barak Valley.

“Over 9,000 people have been rescued by the NDRF and SDRF forces from Cachar and Hailakandi on Tuesday,” said the ASDMA official.

Accordingly, the Silchar-Guwahati Express and the 15943 Silchar-Dibrugarh express will start from Silchar on Wednesday as per time table.

Train services in the section, which is the lifeline of people in Assam’s Barak Valley, Tripura and Mizoram, were suspended due to landslide in different areas on the stretch.