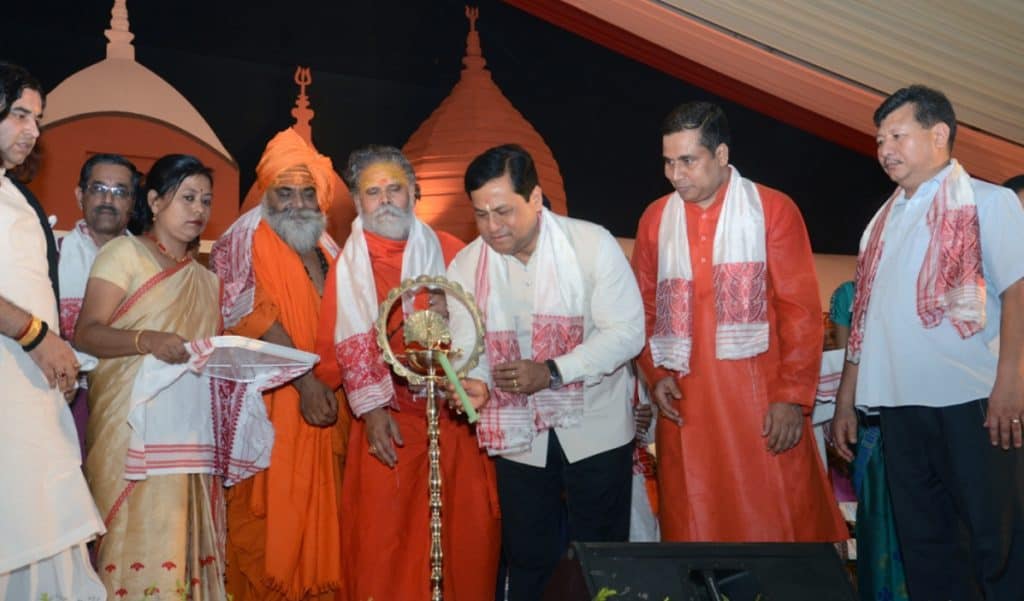 Assam chief minister Sarbananda Sonowal inaugurated Ambubachi Mela, 2018 in the presence of dharma-gurus of akhadas, satradhikars and spiritual gurus of Assam and Northeast at a function held at Sonaram HS School playground in Guwahati on June 21.

Speaking at the inaugural function, chief minister Sonowal said that Ambubachi Mela reflects India’s spiritual, cultural and social values. “Indian traditions have their universal appeal and they contributed in nurturing the human values over the ages,” Sonowal said with a call to the people of the state to put joint efforts to make Ambubachi Mela as one of the most attractive religious congregations of the world.

Stating that the Assamese people are known for their hospitality, the chief minister also urged the stakeholders to ensure hassle-free visit to the Kamakhya Temple by the pilgrims during the Ambubachi Mela.