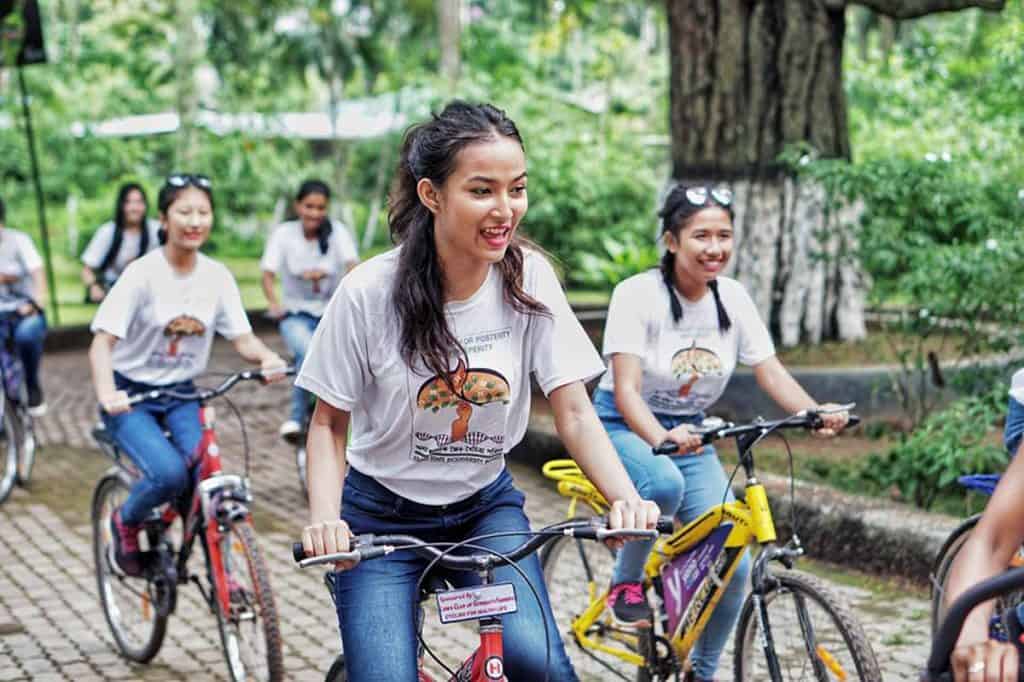 As a part of Mega Entertainment’s association with the Assam State Biodiversity Board for the 16th Sunsilk Mega Miss North East and 9th Garnier Men Mega Mister North East, the 100 contestants of the two pageants attended a workshop on biodiversity awareness and conservation at the Assam State Zoo on June 24.

The main aim of this workshop was to send out a message to the masses regarding the need to conserve biodiversity.

The workshop gave the contestants an idea on what biodiversity is, how it can be conserved, and what people can do on an individual level to contribute towards protecting our biodiversity. The contestants were also provided an insight into the process of adopting animals at the zoo, where one can take care of all the requirements of a particular animal for a specified period, thus contributing their bit towards the conservation of a species.

They were also introduced to two adopters who have pledged to take care of two animals at the zoo.

Speaking regarding the activity, Tejas Mariswamy, divisional forest officer of Assam State Zoo, said, “Biodiversity comprises of all the species in nature, and every species is important to maintain the balance of nature. It is important that people understand and promote to the younger generations the importance of other species, else we too will be doomed.”

Founder of Mega Entertainment, Abhijit Singha, said, “I am thankful to the Assam State Biodiversity Board for helping us educate our contestants regarding biodiversity conservation. Being from the glamour world, the contestants of Mega Miss and Mega Mister North East have a good public following, and hence, they have the ability to influence a big target audience. When these 50 men and 50 women speak out about the need to conserve the biodiversity, and pledge to contribute their bit towards the same, they will influence hundreds of more people as well. And that is where, we get one step closer towards accomplishing our goal.”

Later, the contestants were taken on a kilometer-long trek in the forests at the zoo, where they were explained regarding the correlation of different plants and trees with different animals, and how they are interdependent for survival in the long run.