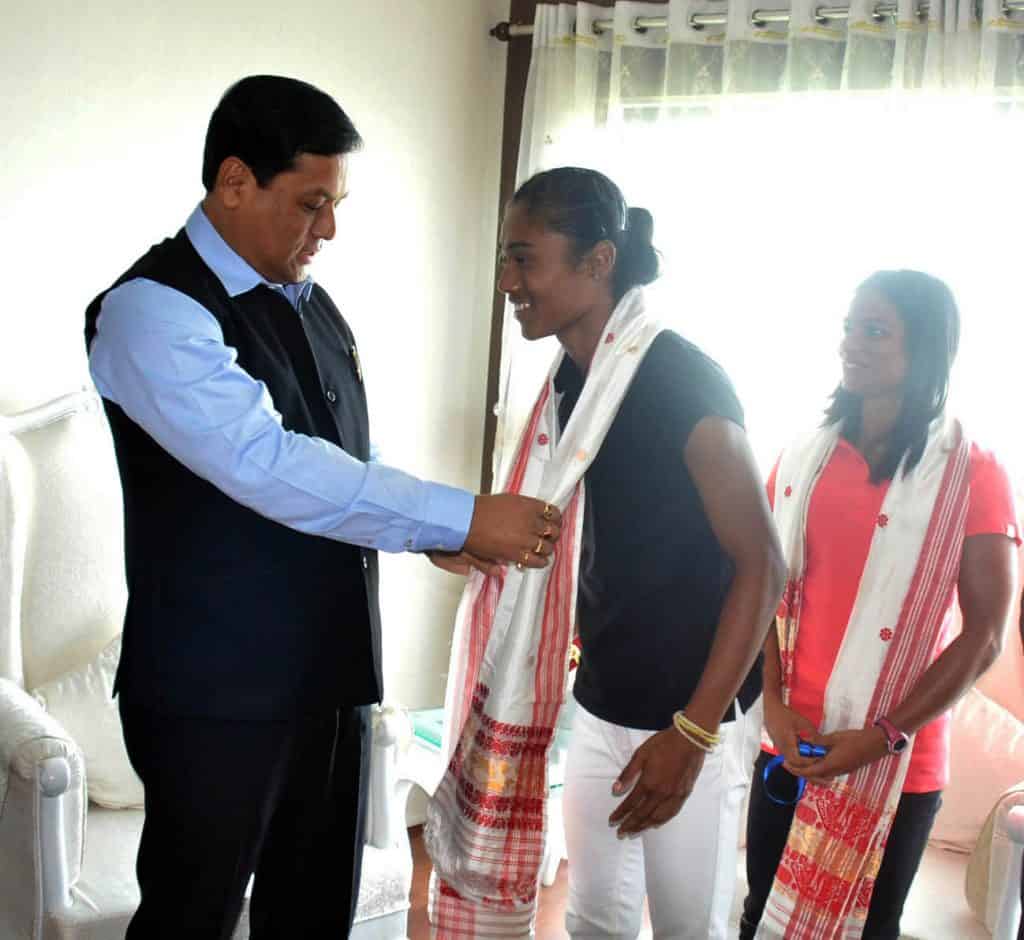 Dhing Express Hima Das clocked 51.13 seconds to break the meet’s record and to win the gold in 400 meter during the 58th Inter-State Senior National Athletic Championships being held at Guwahati which came to an end on Friday.

With this, Das also booked her place for the Jakarta Asian Games.

“I’m happy with the results. It feels good to be appreciated. I will try to better my record in my next destinations in Finland where the junior championship is scheduled to be held and after that I will go to Ukraine before the Asian Games,” Hima said after she was felicitated by Sonowal.

She also thanked the people of the state for the support.

Friday’s performance was Hima’s personal best after her 51.32 seconds at the Gold Coast Commonwealth Games earlier this year.

In the women’s 100m, national record holder Dutee Chand broke the meet’s record clocking 11.32 seconds to win the Gold and book a berth for the Asian Games on Friday. She had set the national record with 11.30 seconds in 2017.