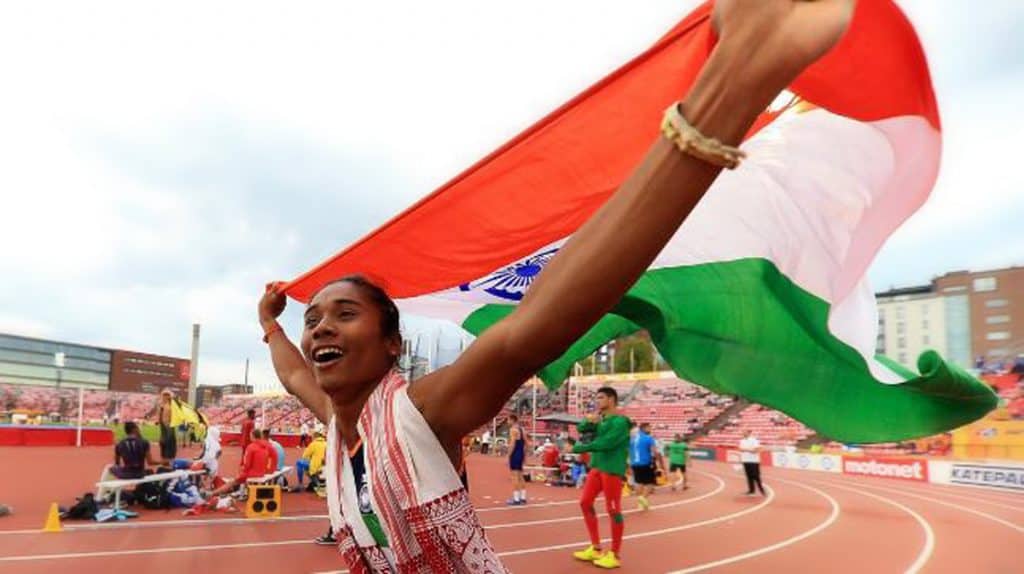 India’s latest track sensation Hima Das has been termed as one of the ‘Wonder Women’ of Northeast who are holding the Tricolour high across the globe.

Assam chief minister Sarbananda Sonowal said that after boxing legend Mary Kom from Manipur and champion gymnast Dipa Karmakar from Tripura, Hima Das has joined the Wonder Women group which has glorified the Indian flag across the globe.

Visiting Hima’s parents at their residence at Kandholimari in Dhing in Nagaon district, Sarbananda Sonowal expressed his gratitude towards the parents for their sacrifice and support for making Hima a world beater.

Hima Das scripted history by winning gold in the women’s 400-metre race at the IAAF World Under-20 Championships in Tampere, Finland last week.

“First it’s Mary Kom, then Dipa Karmakar and now Hima Das – I am so proud like many others for these ‘Wonder Women’ who are leading the national sports campaign, with the Tricolour in their hands, to the top of the world,” said Sonowal.

The chief minister congratulated Hima’s parents on the success of their daughter in world sports and also felicitated them. Sonowal discussed with her parents about Hima’s journey towards success. 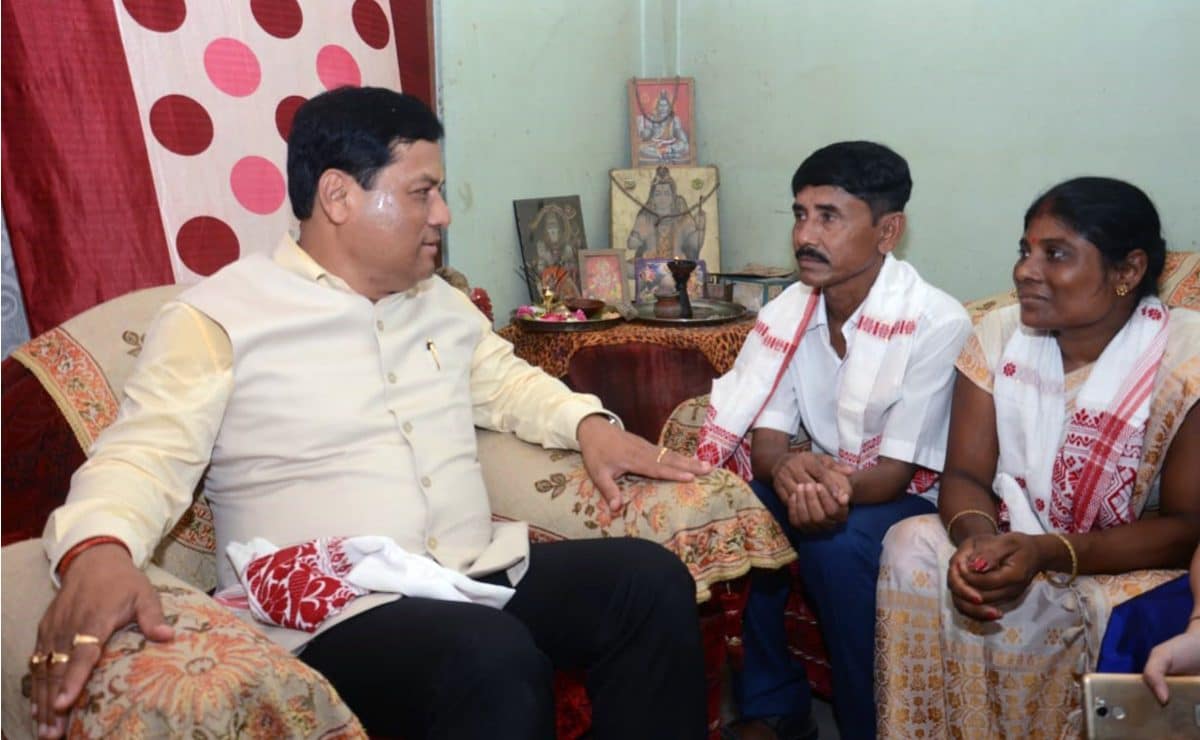 Hima’s father informed the CM about various facets of his daughter’s success story in the sporting world.

“We’re overjoyed at the success of Hima and reiterate that the government will provide all necessary support for her future endeavours. As part of this, we will develop the playground, library and Naamghar in Kandhulimari village,” Sonowal added.

The chief minister also met Hima’s friends and her childhood group which is named ‘Mon Jai’ (I wish). “It is also a privilege to meet Hima’s family members and friends, part of the ‘Mon Jai’ group. I believe their constant support had played a big role in Hima’s meteoric rise,” Sonowal added.

Lavishing high praise on Hima Das’ stunning success, chief minister Sonowal said that her achievement raised the stature of the Assamese people in the world.

“Hima’s feat inspires all Indians and the gold won by her proves that hard work, commitment and sincerity are the cornerstones of success,” Sonowal said adding that her accomplishment would continue to inspire the young generation.

No 3, Kandhulimari village, the place where @HimaDas8‘s journey from Dhing to the global stage began.

The CM also informed Hima’s parents that Prime Minister Narendra Modi was very elated with her success and already expressed his sentiments at a public programme recently. Sonowal also observed the sprinter’s victory gave a renewed momentum to women empowerment in the country.

Sonowal further informed that the state government would felicitate the sprint queen at a state level programme after her return to Assam.