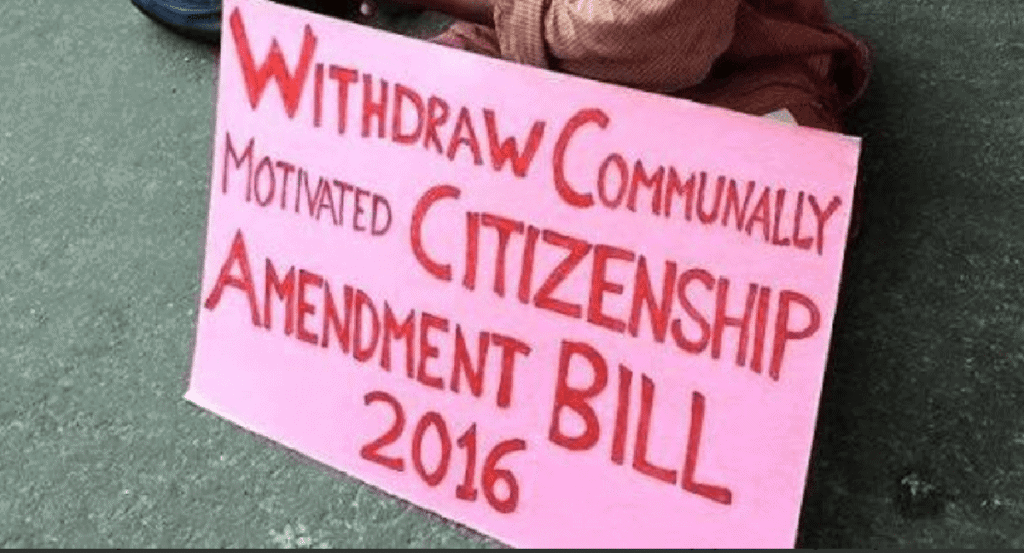 Janata Dal (United) on June 30 expressed displeasure against the Citizenship (Amendment) Bill 2016 and said that the party supports the protests in Assam and other parts of Northeast India.

Speaking to the media, JD(U) national secretary Sanjay Verma said that India is a secular country and citizenship cannot be determined on the basis of religion.

“Our leader and national president Nitish Kumar completely opposes the Citizenship (Amendment) Bill 2016. The bill will affect cultural and linguistic identity of the indigenous people of Assam and Northeast India in particular,” he said.

Verma added that if the Citizenship Amendment Bill 2016 is passed, it will nullify the updated National Registration of Citizenship (NRC) process in Assam.

The Citizenship Amendment Bill, which was tabled in the Parliament in 2016, seeks to grant citizenship to the minorities who are non-Muslims of the neighbouring countries who have come to India till December 31, 2014.

The JD(U) national secretary agreed on citizenship for the people who entered India before 24 March, 1971 but condemned the illegal entry of refugees after 24 March, 1971.