The camp will be one of the first of its kind data journalism initiative in the Northeast region. It is aimed to promote data-driven research and journalism by bringing together journalists and experts from other fields: data organisations, IT, businesses, and government agencies.

The two-day event is geared towards open data, fact-checking, writing and watchdog reporting and will features discussions on a wide range of topics including data journalism, fake news, tools for online verification, future of open data in Northeast, data in healthcare, political economy of disinformation and citizenship data.

“The main idea behind the boot camps is to build conversation, engagement and collaboration in the Northeast region about open data,” said Syed Nazakat, founder and editor-in-chief of DataLEADS.  “The boot camp initiative is recognised as a pioneering collaborative initiative in Asia and we are sure this one in Assam will open new windows of collaboration for journalists and other professionals in the region.”

The boot camp is an initiative by DataLEADS, an Indian digital media organisation that runs a series of data journalism initiatives across Asia. The boot camp is supported by Google News Initiative, Global Investigative Journalism Network, Oxfam India, the Apollo Hospital, MediaNama and Journalists’ Forum Assam. 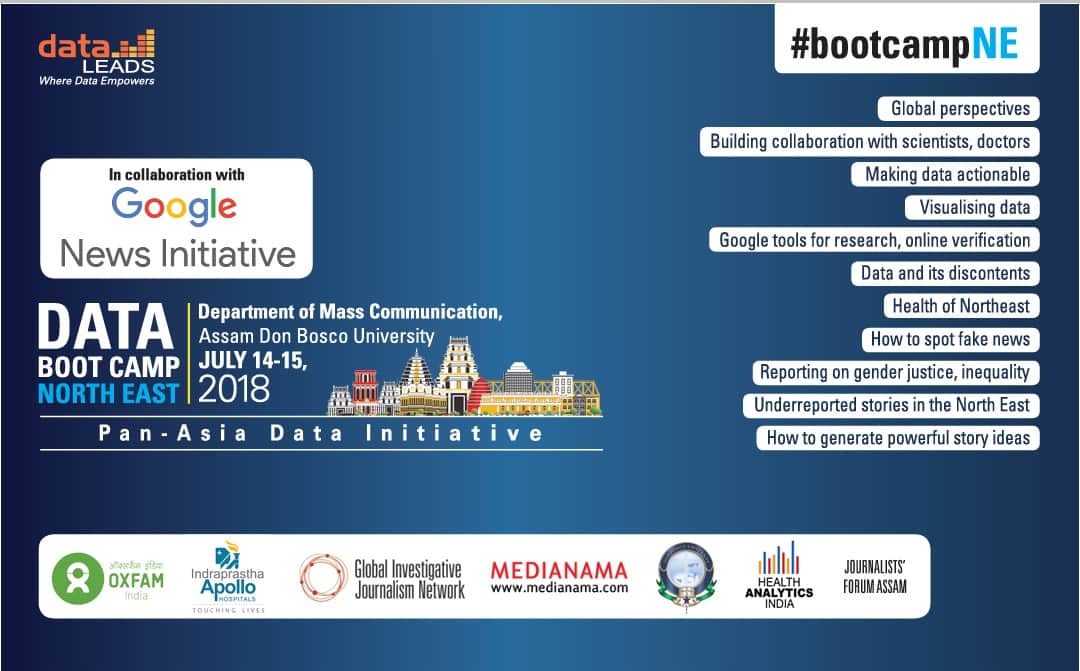