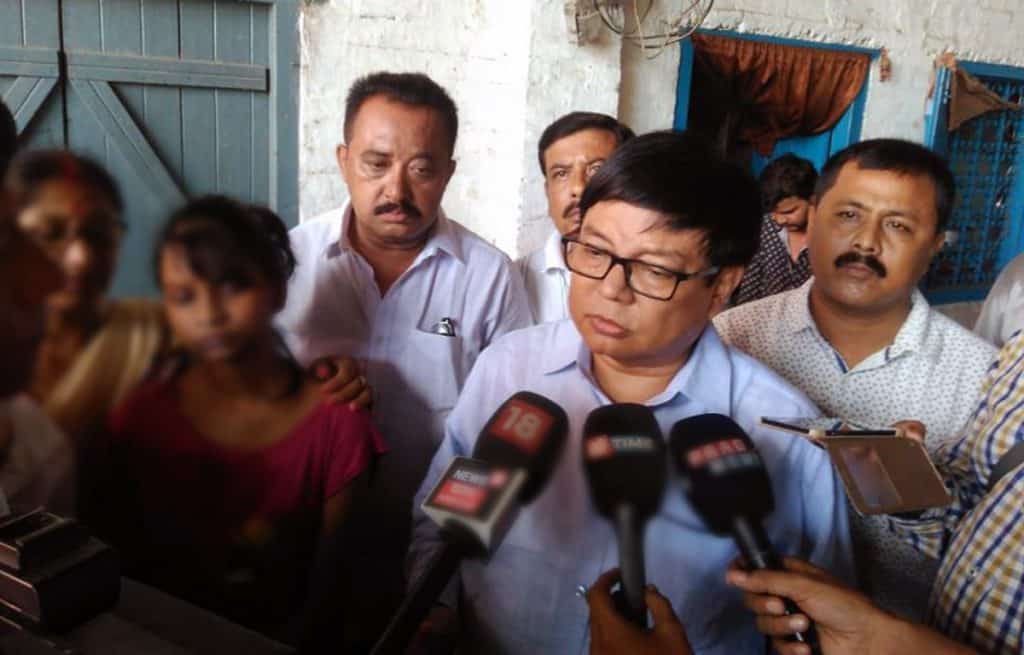 Leader of the Opposition in Assam Assembly, Debabrata Saikia, on July 11 came down heavily on Union minister of state for railways Rajen Gohain, who represents Assam in the Lok Sabha, for his apathy towards the people of the state.

Saikia, after visiting the family of the girl who was found murdered inside a train at Simaluguri railway station, said that the junior railway minister has ‘become an object of ridicule’.

“Instead of devoting your energies to serve the people of Assam through the prestigious portfolio which you hold, you have preferred to become an object of ridicule and vilification by swimming against the tide of public opinion and resorting to politics of polarization,” Saikia wrote in a letter addressed to the Union minister.

Saikia said that he is impelled to draw the attention of the Union minister to the shocking incident of the 20-year-old student of Assam Agricultural University who was brutally killed inside a train between Sivasagar and Simaluguri on July 10. “As if the incident was not bad enough, less than 24 hours later, another unidentified woman was found murdered inside the Avadh Assam train at Mariani,” Saikia wrote.

In his letter, Saikia said the two murders, coming in such close succession, have served to expose the inadequate security inside trains and railway stations in Assam and across the Northeast.

“Unlike some other parts of the country, this type of violent crime inside trains is fairly new to Assam and must be nipped in the bud. The need of the hour is safe trains, not bullet trains,” the letter added.

Saikia alleged that Gohain had failed to do justice to his responsibility as the first parliamentarian from Assam to hold the post of minister of state for railways.

Saikia, who represents Nazira in the state assembly, also called for adequate compensation for the victim’s family. “Radha Kumari had a bright academic career and was a fifth semester student of Bachelor in Agricultural Sciences course at the AAU, Jorhat. She was the eldest of three siblings and her widowed mother works as a governess (aayah) at the same school where her son studies… I would, therefore, urge you to immediately grant a reasonable amount of financial compensation to the mother of Radha Kumari on behalf of the Indian Railways because the family was banking on the deceased to start earning within a year or two and help share the expenses of educating her younger sister and brother. This apart, I also urge you to provide a job in the Indian Railways on compassionate grounds to either Radha Kumari’s mother or younger sister, who is pursuing a Bachelor of Commerce course,” the letter noted.