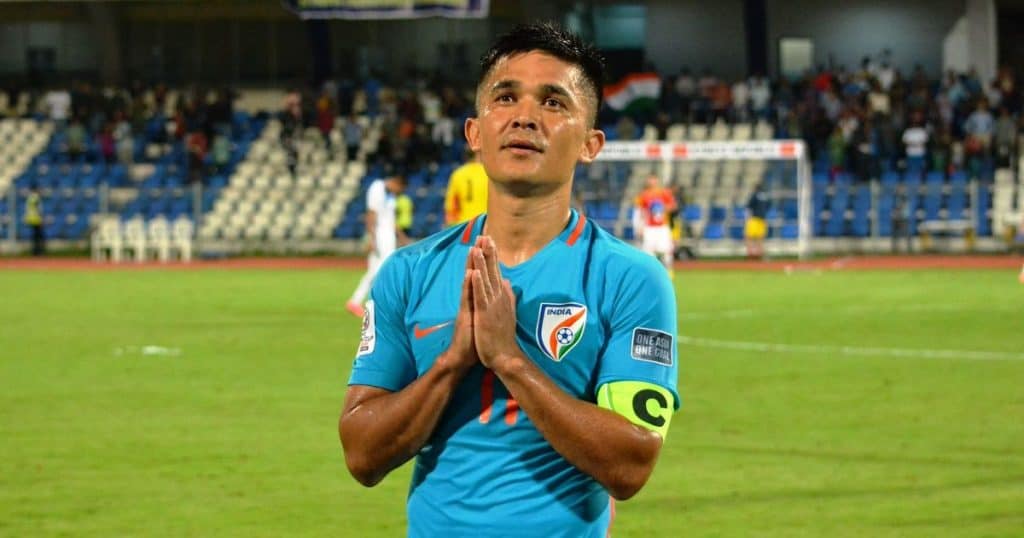 Indian football team captain Sunil Chhetri was named the 2017 All India Football Federation (AIFF) Player of the Year in Mumbai on Sunday.

Kamala Devi was adjudged the 2017 AIFF woman Player of the Year.

Meanwhile, Anirudh Thapa was declared the 2017 Emerging Player of the Year.

E Panthoi is the 2017 woman Emerging Player of the Year, the AIFF said in a statement.

The award for best grassroots development programme went to the state association of Kerala.

Hero Motocorp which sponsors the I-League, Indian Super League and the newly launched Super Cup, took home the AIFF Award for long-time contribution to Indian football.
Sumanta Datta of Assam was named the best assistant referee while the award for best referee went to C.R. Srikrishna.