Three top awards, including best film, for Xhoihobote Dhemalite at US film festival 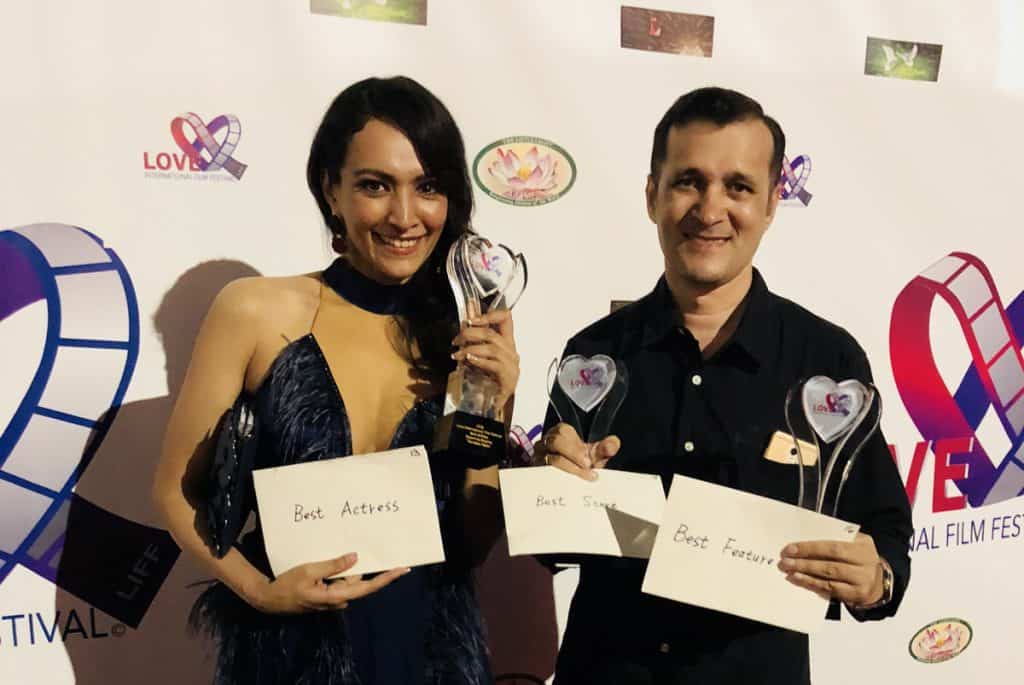 Assamese film Xhoihobote Dhemalite or Rainbow Fields has won three awards, including that of best film, in the 3rd Love International Film Festival held in Los Angles, US.

Besides the best film, it has also won the awards for best actress (Dipannita Sharma) and best music (Anurag Saikia) at the festival, where more than 150 films from 36 countries have participated.

Xhoihobote Dhemalite, made by national award winning director Bidyut Kotoky, deals with the mental trauma of the children growing up in the turbulent era of Assam Agitation in the 1980s.

Receiving the award, writer-director Bidyut Kotoky said, “In Xhoihobote Dhemlite, we always believed that we are making a world cinema in Assamese language. Our emotions respect no geographical barriers – we don’t need a language to laugh or to cry. Thank you Love International Film Festival for re-affirming our faith.”

“I’m just happy that I won my first best actress award for a film in my native language and on an international platform. Its celebration time for the whole team,” an elated Dipannita said.

The film got nominations in eight categories. “I’m extremely delighted to receive such a wonderful award. Really overwhelmed… I would like to thank jury members, director Bidyut Kotoky, sound designer Amrit Pritam, film mixing engineer Debajit Changmai, music mixing engineer Bhaskar Sarma and each and every member of the film Xoihobote Dhemalite,” said Anurag Saikia who won the award for best music.

Earlier in the day, Xhoixobote Dhemalite became the first Assamese film to commercially release in the US. It is being screened for four shows daily at Cine Grand Cinema Fremont, California.

In 2017, Xhoihobote Dhemalite was premiered in prestigious Indian Panorama of the International Film Festival of India (IFFI), Goa. It has won the ‘Best Foreign Film Award’ in the Hollywood International CineFest.