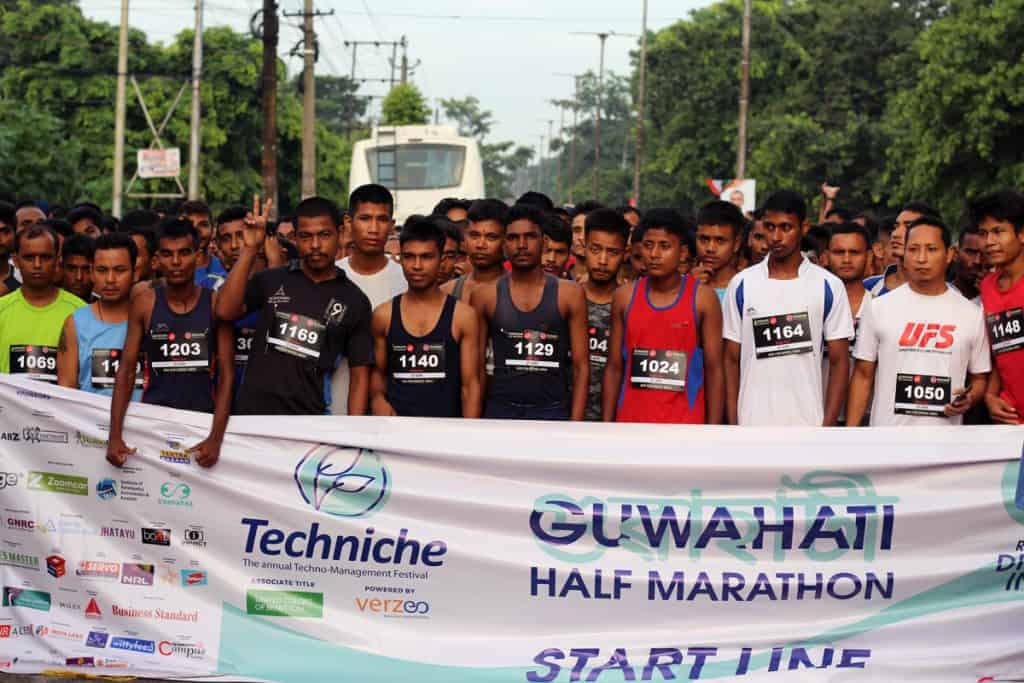 Stepping into its 20th year of unflappable technical celebration, Techniche – IIT Guwahati organised its 10th edition of Guwahati Half Marathon on August 26.

The marathon was initiated to provide a platform for people from different walks of life to come and spread their cognizance and sense of concern for a better society.

The Guwahati Half Marathon appealed people to be a part of the change which was for the prosperity of society. It appealed the people to become more responsible towards the issues of society like poverty, illiteracy, hunger, lack of development, inflation amongst others.

The Guwahati Half Marathon 10th edition gave everyone a platform to think about these issues and brought a little bit of change in the perception of the general public.

Cricketer Kamlesh Nagarkoti, who was one of the lead bowlers in World Cup winning U-19 Indian cricket team, was the brand ambassador of the event.

The event started with the professional’s 21km marathon from the Bhogeswari Phukanani Indoor Stadium in Dispur which soon followed by the 6km run for the general public.

“It was very good to be a part of a student community, which always aims to bring social harmony in the society. This edition was definitely a good start in creating awareness about the initiatives started by the government towards Digital India. Throughout this campaign, team Techniche demonstrated various methods of cashless transactions and e-governance in many of the schools and colleges of Guwahati,” said by Pratyay, national events coordinator of Techniche 2018.